Film About Korean Language off to Good Start at Box Office 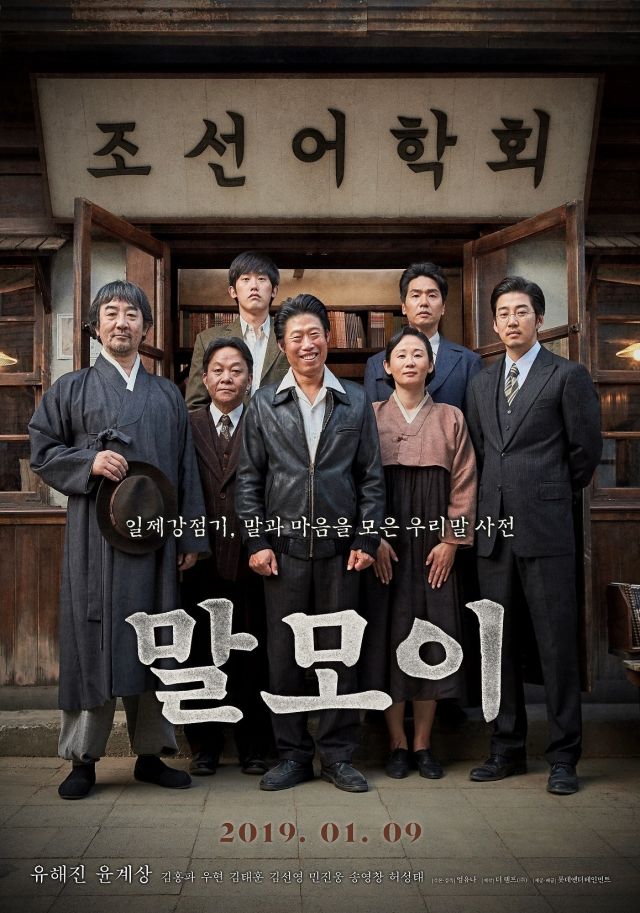 The film "MAL-MO-E: The Secret Mission" has attracted over 1 million viewers in less than a week since its release on Jan. 9.

According to the Korean Film Council, the film sold some 1.19 million tickets as of Monday after a strong performance at the box office last weekend, which it topped with 785,660 tickets sold.

Set in the 1940s when use of the Korean language was banned under Japanese colonial rule, the film deals with the devotion and passion of those who strove to preserve the language.

"Film About Korean Language off to Good Start at Box Office"
by HanCinema is licensed under a Creative Commons Attribution-Share Alike 3.0 Unported License.
Based on a work from this source