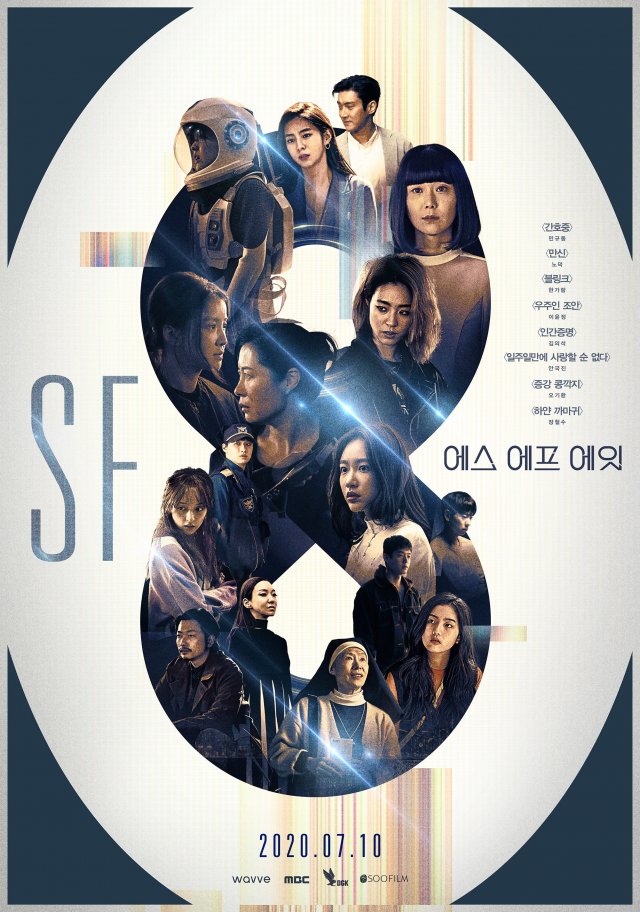 "SF8", which recently drew attention by releasing a teaser trailer along with the welcome news of the invitation to the 24th Bucheon International Fantastic Film Festival, drew attention once again with the release of the main posters of intense visuals.

The main posters released are definitely drawing attention with actors with extraordinary presence that fill them. The 16 actors, who play unique characters in eight different films, will surprise the audience with new looks that have not been shown in any of the films so far.

The "SF8 Project", which unveiled the main posters and created another stir among prospective audiences, will be exclusively pre-released on the OTT platform Wavve on July 10th and will be aired on MBC on August 17th. 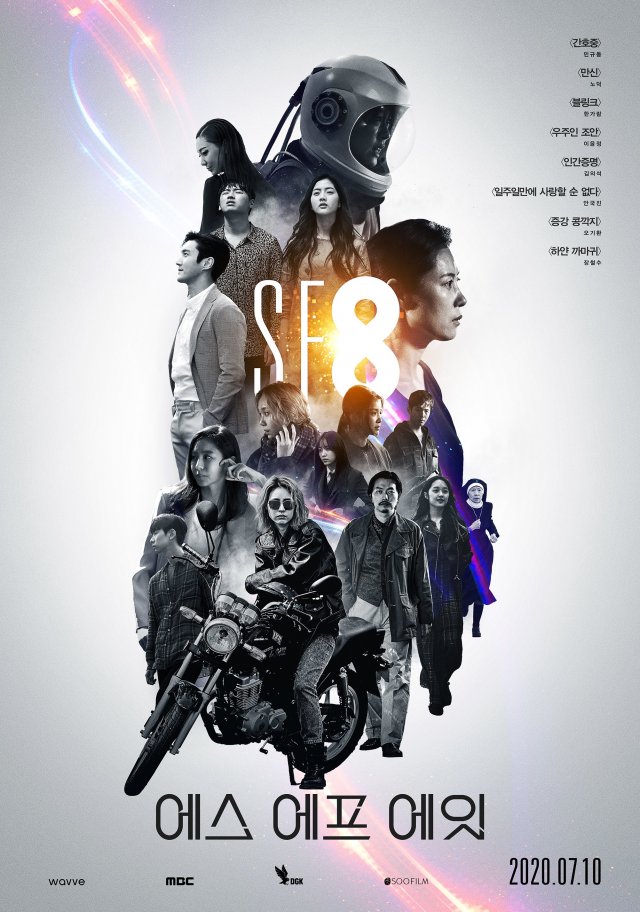 "Film and Drama Crossover Project "SF8" Releases 2 Main Posters"
by HanCinema is licensed under a Creative Commons Attribution-Share Alike 3.0 Unported License.
Based on a work from this source