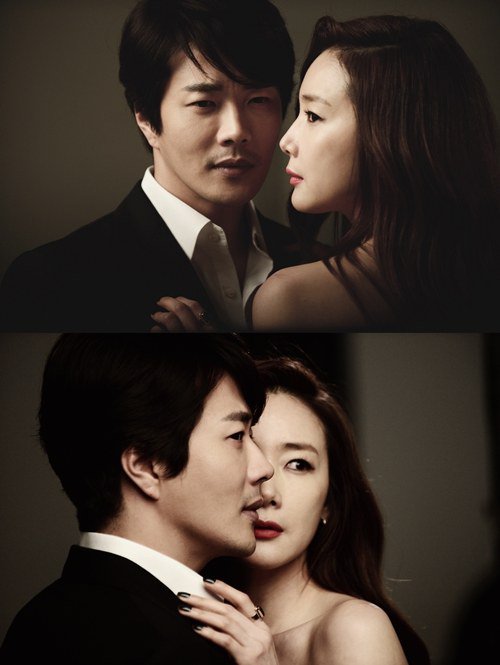 A cut of the poster for the new SBS drama "Temptation" has been released.

"Temptation" is all about a man who is pushed to an edge of a cliff and making a choice that is irresistible and dangerous at the same time.

kwon Sang-woo and Choi Ji-woo reunite for the first time in 11 years since "Stairway to Heaven". kwon Sang-woo stars as Cha Seok-hoon, a man who attended an elite university with his brilliant mind and has done every possible job possible to pay his way through school. Choi Ji-woo is Yoo Se-yeong, a strong-minded woman who has been trained since she was young to take over her father's business; she's also a great leader.

The still of the two of them show them close enough to be touching but trying to ignore each other as well as possible. Both their eyes are full of romance and affection.

This poster was taken last month and although they were loaded with interviews and other shows, they concentrated perfectly on their characters and enabled the poster shoot to end faster than planned.

The crew of "Temptation" says, "Not only do kwon Sang-woo and Choi Ji-woo work well together, their friendship makes it easier to work with. They are definitely going to create something beyond expectations".

The drama is broadcasted on the 14th of July at 10PM.

"First glimpse of Kwon Sang-woo and Choi Ji-woo in "Temptation""
by HanCinema is licensed under a Creative Commons Attribution-Share Alike 3.0 Unported License.
Based on a work from this source