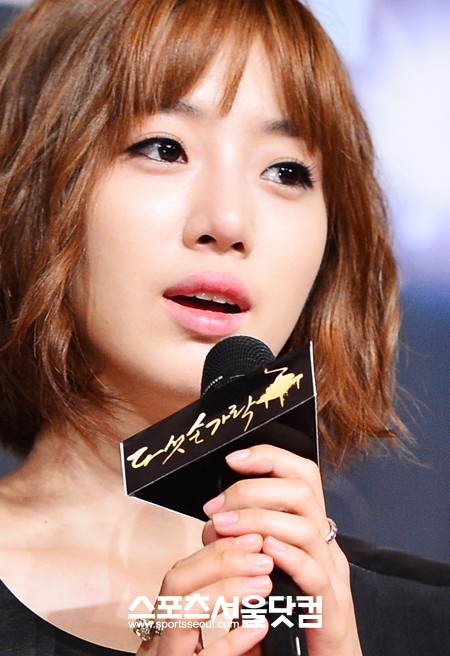 The production of "Five Fingers" made an official apology to T-ara's Ham Eun-jung.

Yein ENM revealed the letter of apology it sent to the Association of Celebrity Management on its official homepage to Ham Eun-jung.

It was written, "We one-sidedly reported the stepping down of Ham Eun-jung from the drama she was proceeding with, without complete understanding of the situation then. We also made the mistake of letting her hear rumors of exchange before she was even told about it".

"We apologize for hurting this actress with media reports that stated she was a loss of production costs even though she was actively engaged in acting practice, piano practice and poster making. We also regret the time we put an all stop to the filming for the reason that she dyed her hair and this is all the fault of the production which didn't consider facts and situations then".

Yein ENM added, "We will work hard to recover the loss Ham Eun-jung may have experienced from the relationships with director and writers. We think actors or actresses should not be asked to step down from their work. We once again, apologize for the trouble caused by us to the Association of Celebrity Management and we promise to never let this happen again".

Meanwhile, Eun-jeong suddenly stepped down from the SBS drama "Five Fingers" last year. SBS and Yein ENM had responded with no problems then.

""Five Fingers" apologizes to Ham Eun-jung"
by HanCinema is licensed under a Creative Commons Attribution-Share Alike 3.0 Unported License.
Based on a work from this source