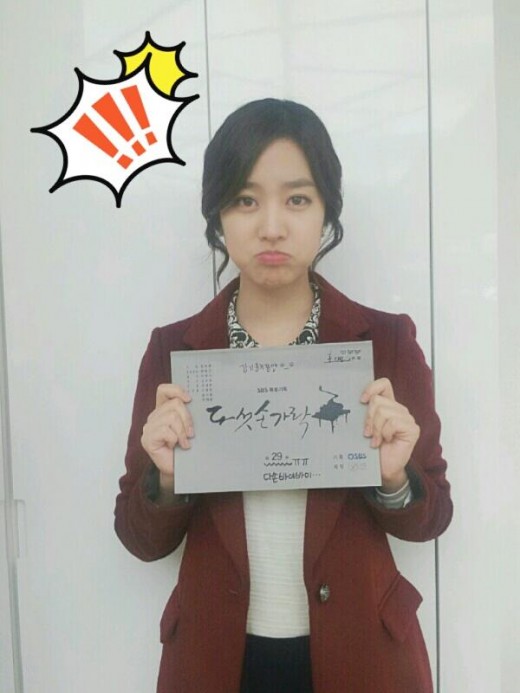 He posted on her Twitter on the 20th, "I am done with the drama at episode twenty-nine. I am sad".

In the picture, she is holding up her script with a face that explains how she doesn't want it to finish. It's written on her script, 'Bye-bye "Fiver Fingers"'.

Entertainer Jung Joon-ha posted, "You did well. I am done as well and on my way home. Let's work hard and be healthy!" Jeong was in the drama for a short while as Louis Kang, the owner of the restaurant Jin Se-yeon (Da-mi) worked in.

Meanwhile, with one more episode to go, "Five Fingers" only has the final work of resolving things between Yoo JI-ho (Ju Ji-hoon) and Yoo In-ha (Ji Chang-wook) now that they know Chae Yeong-rang (Chae Si-ra) is at risk of losing her sight.

""Five Fingers" Jin Se-yeon done"
by HanCinema is licensed under a Creative Commons Attribution-Share Alike 3.0 Unported License.
Based on a work from this source