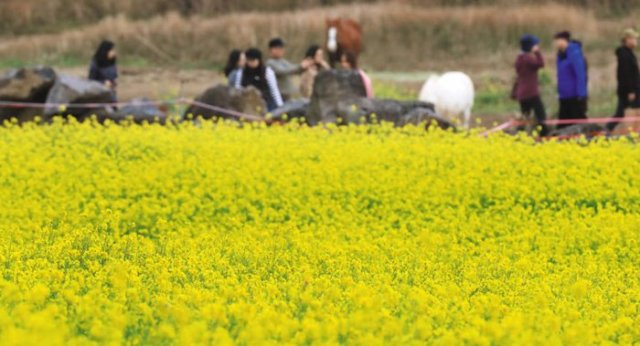 This winter has been unseasonably warm, with the average temperature in Korea last month just below three degrees Celsius, the eighth warmest since 1973.

The temperature has only fallen below -10 degrees Celsius for two days so far this winter. There been no snow either. Seoul barely saw any snowfall in December. 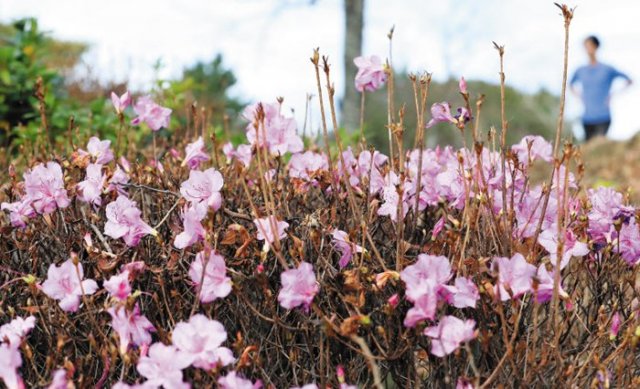 Azaleas are in bloom amid unseasonably warm weather on Jeju Island on Tuesday. The flower usually blooms in May. /Yonhap

Down on Jeju Island, spring does not seem too far away, and people in short-sleeved shirts are enjoying flowers like canola, known as harbinger of spring there, already in blossom.

The mercury hit 23 degrees Celsius on Tuesday there, officially the warmest day on record in January. 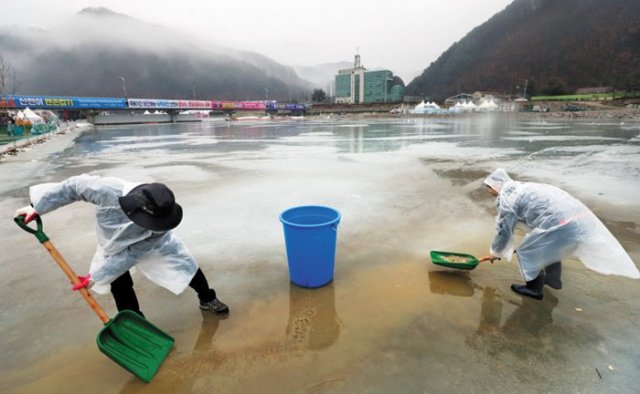 Staffers remove rainwater to prevent it flowing into the venue of an ice festival in Hwacheon, Gangwon Province on Tuesday. /Yonhap

But the unusually warm weather has hampered winter events like the annual Sancheoneo Ice Festival in Hwacheon, Gangwon Province.

However, it is still too early to greet spring, as cold air is expected to reach Korea early next month.