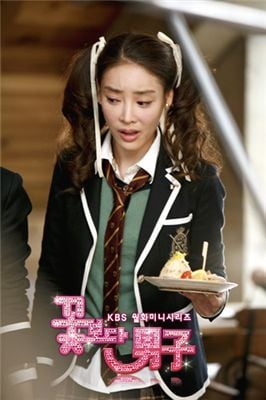 Two former presidents and a king passed away. One wrong remark during an entertainment show took the entire country by storm. Such unbelievably enormous incidents were played out in unbelievable directions during 2009. Thus, the top ten news of 2009 selected by <10 Asia> may seem like the ten most incredulous news of the year. But one could say that what these ten news stories have in common is that they carry the flow of Korea's pop culture. Can you really believe that all these things happened within a span of one year? 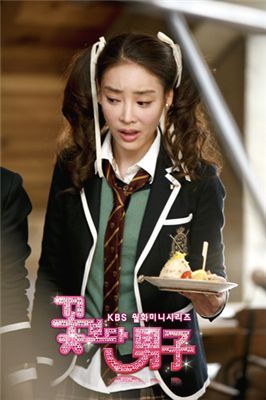 On March 7, one little known actress wrote in her suicide note, "I am a weak, powerless actress. I want to be free from this pain" and killed herself. It was actress Jang Ja-yeon, who was appearing in KBS TV series "Boys over Flowers" at the time. The suicide note, which was 12 pages long on A4-sized paper, explained that she had been physically abused by her agency, forced to drink and provide sexual services. It also listed names of high-ranking executives in the industry, including a head of media company, television drama director and owners of business companies. People started calling the note "The Jang Ja-yeon List". The incident brought to surface how badly aspiring actresses and female celebrities in general have been violated and the ugly power of the media. But due to slow, passive investigation by the Korean authorities, the truth never came to light. Of all people who were under investigation, only two people involved in the incident -- former head of Jang's agency and former manager who exposed Jang's suicide notes -- were indicted and the suspects whose names were listed in the documents were all cleared of charges and let go. Was the death of Jang Ja-yeon a suicide or a homicide? 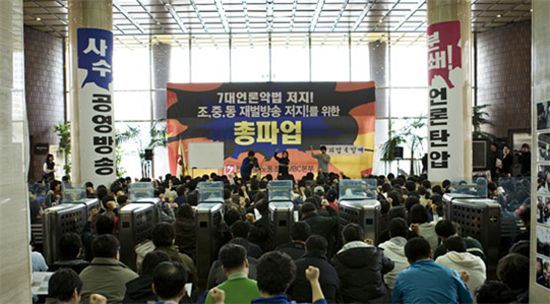 In March, the two political parties of Korea's National Assembly agreed that they would put the issue of media law revision to vote in June. And the consequent, crazy uproar that took place at the National Assembly in July was almost half-expected. Amidst all the physical fighting between the two opposing party members, the material bribery and proxy votes, the Grand National Party officials passed the bill allowing for media law revision. With the new media law, businesses and daily newspaper publications can own up to 10 percent of the shares of a public network and companies can jump into the new media businesses. Of course, nobody knows for sure what kind of consequences such a decision will bring. What we do know, however, is that there is nothing reasonable about what had happened during the revision process; a large number of proxy votes got the new bill passed, a government official who had protested against the new bill led a labor strike among media employees, the ruling of Korea's Constitutional Court which said the passing of the new bill stood viable even if it admitted people's voting rights had been violated during the process. 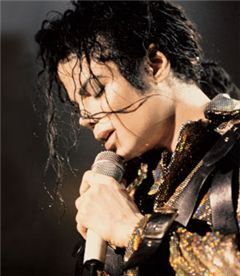 2009 could be called "the year of loss" since we lost so many people who have influenced our lives. And the death of Michael Jackson was a big loss to everyone around the world. He was the one and only "King of Pop" who had conquered the world, but he died a lonely death amidst all the rumors. Now all we can do is show Michael Jackson's performances to our children because we might never see such an entertainer ever again. The King may be dead but pop music lasts forever. 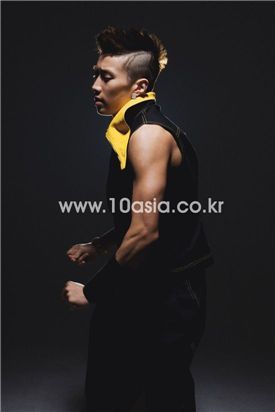 One cannot say that Jay Park was right in writing "I hate Korea" on his blog during his teen years. One may not approve of what he did and may even criticize him for it. But was it so wrong that he had to leave Korea amidst requests for suicide petitions? In just four days after the news of what he had written broke out, Jay Park quit his group 2PM. Everything that had happened was a violent storm cooked up by a minimal number of extreme netizens and the media which was busy upping the number of visitors. There are people in this country who want to deport a boy over what he had written as a teenager. Really, how could they mess with someone's life so carelessly? 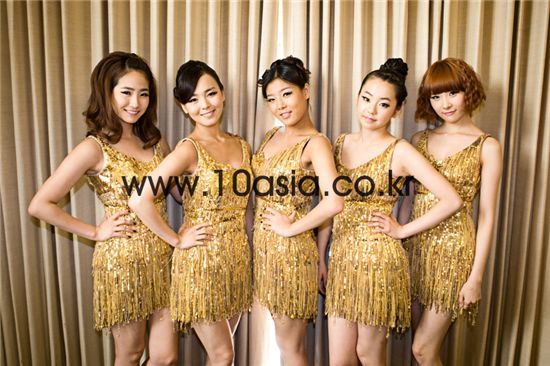 A long time ago, Sonokong and his monks headed west in search of India for more advanced Buddhism. And in the age of globalization, Korean stars also headed west to Hollywood, which is the world capital of the entertainment business. 2009 was a year when the long journey to Hollywood produced some tangible achievements. Rain -- who was under pressure to become a global star after making TIME Magazine's "100 Most Influential People in the World" list in 2006 -- proved himself by playing the title role in action movie "Ninja Assassin". And Lee Byung-hun, who seemed somewhat stuck in the Hallyu star label, also made himself known around the world by playing Storm Shadow, the most impressive villain in "G. I. Joe". People criticized the Wonder Girls' of neglecting the Korean music market when they made their U.S. debut, but they made quite an achievement -- they entered the Billboard Hot100 chart within a year of their debut. 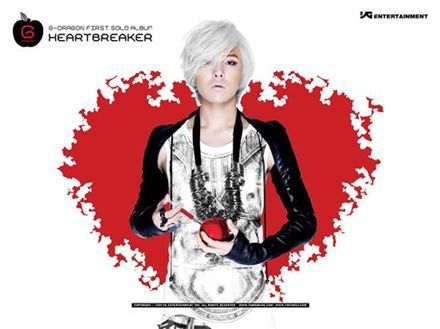 The plagiarism controversy surrounding G-Dragon's solo album "Heartbreaker" was one of the hottest issues in the Korean music industry this year. Netizens kept debating whether or not the song was plagiarized and such discussion led to bigger issues in the music business as a whole, such as plagiarism controversies of other Korean musicians, the criteria of plagiarism and musical copyrights. However, it was unexpected that such controversy would produce the (tentatively titled) "Plagiarism Committee", an official government organization under the authority of Korea's Ministry of Culture, Sports and Tourism. We might soon get to see ten or so officials making their plagiarism-related rulings over numerous Korean pop songs. 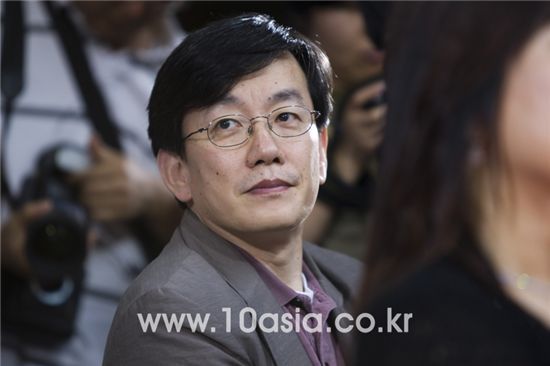 I had "doubts" when emcee Kim Jae-dong hosted the official funeral ceremonies for former Korean president Roh Moo-hyun. I was had "doubts" when I heard the rumor that Son Seok-hee would be resigning as host of MBC program "100 Minute Discussion". But "doubt" turned into reality in Korea in 2009; whatever incident one had imagined could happen and even more came true this year. Kim and Son both stepped down from their posts as the main emcee of KBS "Star Golden Bell" and host of "100 Minute Discussion", respectively. On the outside, the reason for their resignation was their "high salary". In a government audit report released on October 11, politician Lee Jeong-hyun, a member of the Grand National Party, went as far as exposing the names of Korean celebrities -- including Yoo Jae-suk and Park Myung-soo -- who receive high salaries from broadcaster MBC. With Lee promoting the maximum-efficiency strategy [meaning that less pay is more efficient], his Party member Hong Joon-pyo made a seemingly sarcastic comment -- "Why don't you give [MBC] a discount?" -- during a telephone interview with Son's MBC radio show. In such times when one can get easily fired by expressing one's beliefs or showing resistance against certain political parties, how will the broadcasting industry fare in the future? They even restrict people who appear on television -- what a dirty world this is! 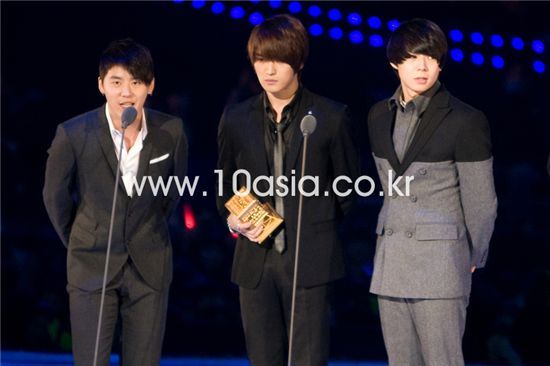 Fans were probably more worried than excited when TVXQ members Kim Junsu, Kim Jae-joong and Park Yoo-chun made an appearance at the recent Mnet music awards. In the beginning -- back when the members were granted partial nullification of their contract with agency SM Entertainment -- nobody had expected that legal troubles between the group's three members and SM would go on for as long as it has. The reason that this case is so frustrating is not because both parties simply have different perspectives but because they are fighting from completely different standpoints. The three TVXQ members had a problem with the inequality of contract clauses while SM claims that the real problem laid in their participation in a cosmetics business. Thus, they are not debating their cases to make the other party understand but are endlessly fighting and exposing secrets to reveal the truth. Nobody knows when this battle will end but the ending that everyone -- including the fans, the members and SM -- probably wants is for TVXQ to remain as a group and resume their activities in Korea. 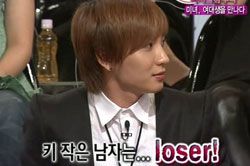 It was midnight, November 19th, 2009 when the infamous "Loser" drama began. It was only a matter of time that such incident would occur and the public would vent their anger toward the remark -- "All men shorter than 180 centimeters are losers" -- made by one college student appearing on KBS entertainment show "Chitchat of Beautiful Ladies". In other words, it was not a random incident that was birthed by a flippant remark from a female college student but a bomb that had been ready to explode. After all, Korean society was obsessed with external beauty, public broadcasting stations had long lost their function of self-purification and the Internet had become a place for verbal violence rather than healthy discussions. It was later revealed by the show's writers that the "loser" expression had been written in the script but by then it was too late to undo the damages. This is why this uproar, which died down as quickly as it had flared up, should not be buried in our memories as something that was merely unpleasant. What have we learned from this variety show disaster which was created by the social ills of the 21st century? 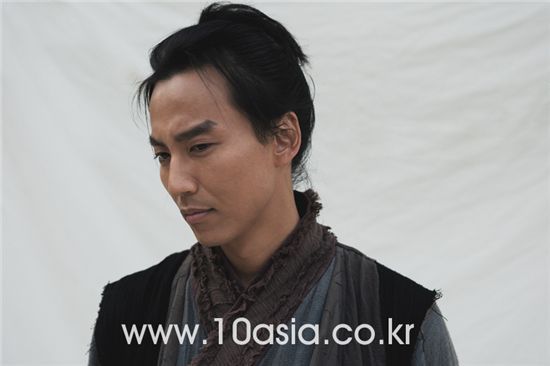 Korea is a country that is very quick in picking up new trends and Korea did just that when the latest trend called the new H1N1 influenza virus came around. Thanks to their overloaded work schedules and exposure to unspecified public, celebrities practically had to be classified into a special group extra-sensitive to the virus. Many Korean stars including Lee Seung-gi, Wheesung, Kim Jun and Shinji were diagnosed with the flu virus and had to take a break from work. In case of young idol groups who live together, many of the members got infected and laid sick in bed. Many pop idols -- including Kim Hyun-joong (SS501), Taemin, Onew and Jonghyun (SHINee), Sulli and Krystal (f(x)), Jo Kwon and Jeong Jinwoon (2AM), Lee Joon and Cheondung (MBLAQ) -- got sick and fortunately recovered from the virus. [Actors who played] Bidam and Alcheon from MBC TV series "Queen Seon-deok" got infected one after the other and even tough guy actor Choi Min-soo suffered from the disease. This virus is truly fair in its destructiveness -- attacking the male and females, and the young and old alike.

"[FOCUS] 10 Awards - Top 10 Entertainment News of 2009 "
by HanCinema is licensed under a Creative Commons Attribution-Share Alike 3.0 Unported License.
Based on a work from this source