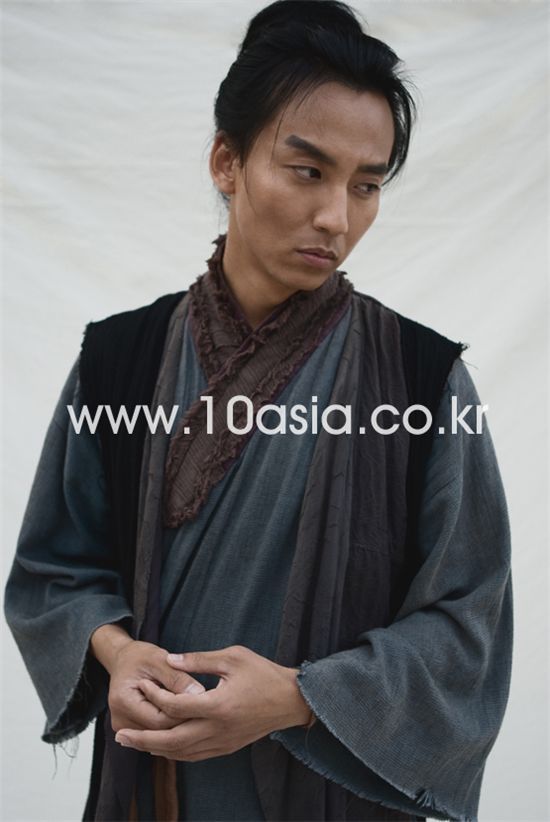 It may seem foolish to identify an actor as a role he played but Kim Nam-gil is similar in many ways to the character Bidam he played in MBC TV series "Queen Seon-deok" this year. His ability to throw in jokes in between the dialogue on every occasion he gets while also being able to go back straight to being serious and genuine to give heartfelt and mature responses for the actual interview, proved Kim is great at handling various situations. "I had once talked about this with actor Jung Jae-young -- people who grew up wealthy can understand those who grew up hungry but not sympathize with them. And vice versa, those who haven't been wealthy before cannot be aware of or know the difficulties wealthy people face despite seemingly living in abundance. Even I myself think "If I only had money. You can do everything in Korea if you have money. What could be so tough about it?" But my parents let me experience a lot of things such as part-time jobs so bit by bit, I think I've received a lot of help getting where I am in terms of my acting" 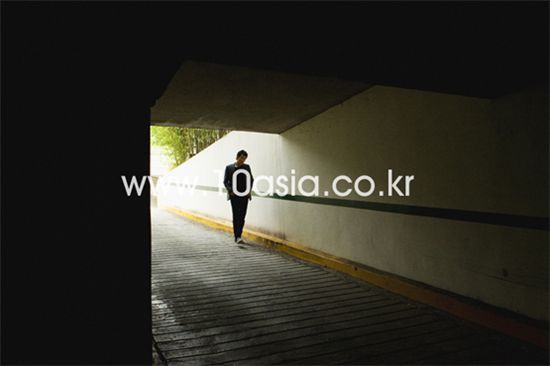 I met with Jung Woo-sung. This is all that really needs to be said regarding the meaning of my interview with him. And it is not just because of the great aura he exudes as one of the top actors in South Korea alongside Jang Dong-gun. He was like a philosophical book written over a long period with much care -- he knew the meaning of what he was saying and each word fell in place with his appearance, name value and filmography as an actor. In other words, his acknowledgement of his position as 'The Jung Woo-sung' and his recognition of 'the image the public wants of Jung Woo-sung' linked well with his decision to take on film "Season of Good Rain". The clear image the public has of Jeong and the substance that fill up that image -- that is what makes him 'The Jung Woo-sung'. 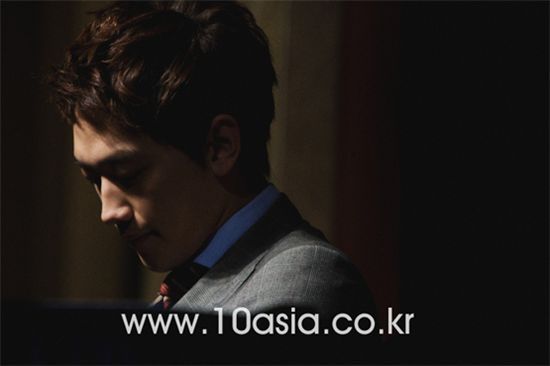 Rain is like Park Ji-seong. Many people, including Park's coach Guus Hiddink, said it was too early for Park to advance to the English Premier League but he did not hesitate and entered club Manchester United. The situation was similar with Rain. It was not that there was nothing left for him to accomplish in Korea but he gave his all to perform on the best stage and became the first Korean to be cast as the main character in a Hollywood film. It does not mean that he is obsequious. "Even when Japan invaded our country, the one thing they failed to conquer was our mental power. And the numerous cultures and national consciousness our ancestors held", Rain said, sounding almost unsophisticated in his expression of his national identity. In other words, Rain is closer to a member of a national team who has advanced overseas, like pitcher Park Chan-ho or figure skater Kim Yuna, than a world star. A national team member of the 21st century who is putting up one tough fight against his larger opponents in Hollywood while bearing the mark of Korea on his body. That is who Rain is. 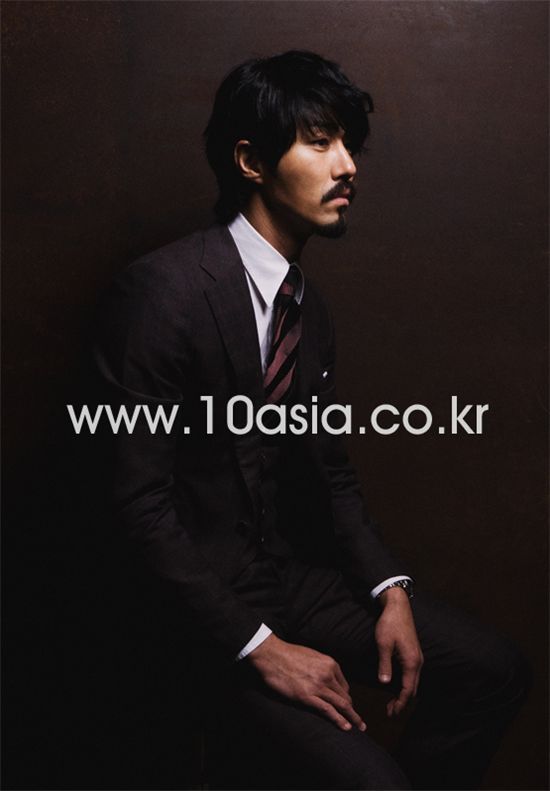 Being called sexy is the best praise a person of the male gender could receive. And Cha Seung-won is a creation worthy of such praise. If the remark was based simply on his physical attractiveness, a curve on a graph would be heading downwards for Cha who is currently 40-years-old. But Cha had an innate sexiness to him, resembling that of Keith Richards or Steve Tyler, which comes from one who pours his passion into his field for a long time. That is why I wished someone would take this man away immediately and fulfill his craving to shoot "a film where you hear the void even though the wind isn't blowing". Cha went onto say, "Men have an homage for noir films from the 80s. Even more so than martial arts films. Because they're all about looking cool". We do not know how soon such a film would be made in Korea but who cares. Cha's sexiness will only continue to ripen. 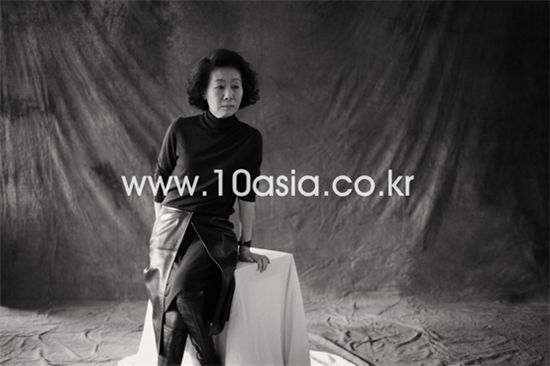 Yes, we all know. Cigarettes are only good for doing harm. But the moment that white object, shorter than a span, is placed between someone's slender fingers, it at times exhibits a power greater than any other accessory. The moment that actress Youn Yuh-jung starting smoking, the world starts moving on a slightly different tempo. Time no longer moves on a regular pace but a new rhythm is created within the space you are in with her, flowing according to when she sucks on and lets out her breath while smoking her cigarette. Of course this old actress should be advised to quit smoking for her welfare and longevity but one who witnesses how alluringly Yoon smokes cannot help but become a selfish viewer. It was the same for us interviewing her. "I'm not going to smoke. People will talk about me because there are already so many photos of me smoking", Yoon said, refusing to smoke on the set of the photo shoot. But she constantly held a cigarette in her hand throughout the long interview she conducted with us. So maybe I could say it was the smoke that made me tear up several times during the interview? 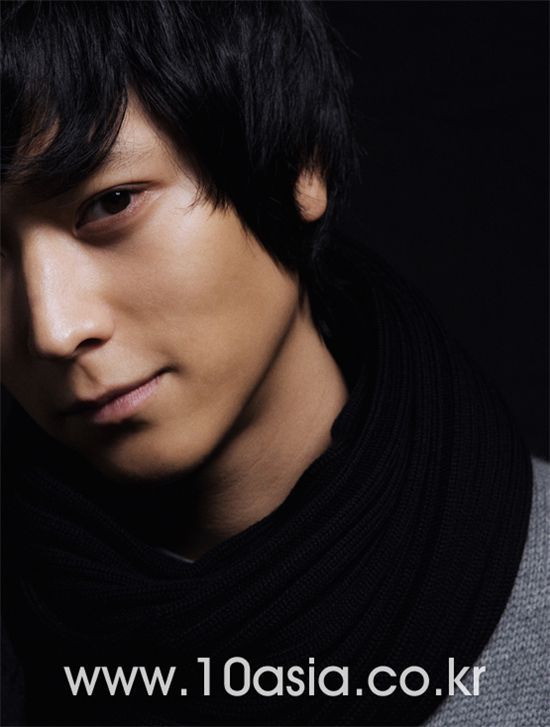 Gang Dong-won said he wants to compete fiercely against great senior actors when he meets them on set. He even said, "No easygoing on actresses. Not me. Actresses are usually taken good care of on set but I don't do that". That is how much he desires to win as an actor, regardless of gender. He probably even has a chance at winning if he competed against them for looks.