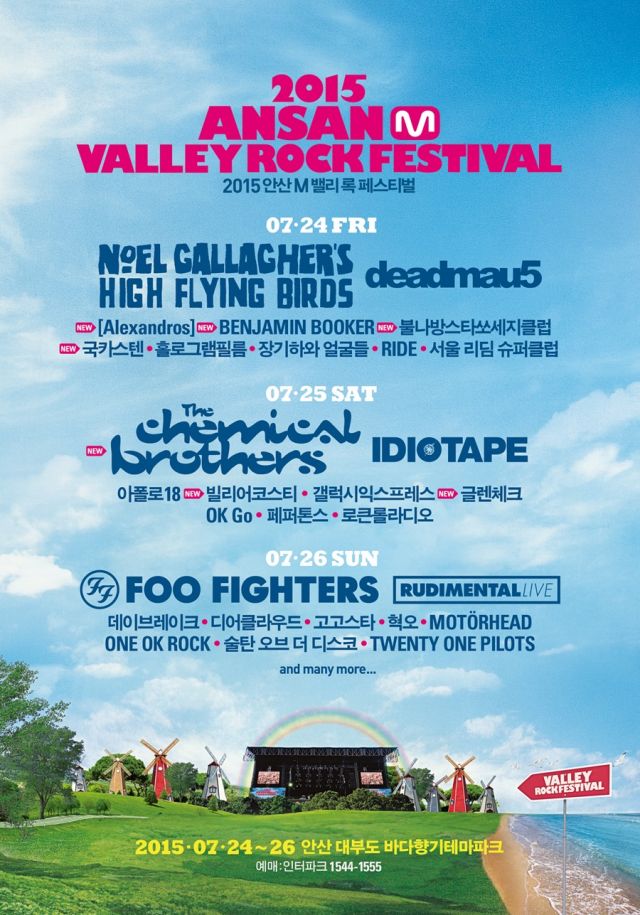 Festival organizers at CJ E&M's Music Business Unit note, "Ansan M Valley Rock Festival has become one of the top music events in Asia, featuring best artists from around the world. We are thrilled to introduce these legendary musicians to the performance line-up".

"Foo Fighters, The Chemical Brothers & Noel Gallagher to Descend on Korea for 'Ansan M Valley Rock Festival'"
by HanCinema is licensed under a Creative Commons Attribution-Share Alike 3.0 Unported License.
Based on a work from this source