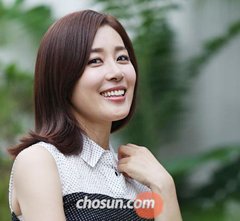 In "Deranged", actress Moon Jung-hee looks and acts like a warrior, battling dozens of people infected with deadly parasites.

"What was especially attractive about this role was that it was a new kind of character with no reference point or role model", said Moon. The film depicts a nightmare scenario where people becomes infected with mutant parasitic worms that brainwash them and induce mass suicide. Moon plays a mother struggling to protect her children along with her husband.

"There were moments of extreme physical difficulty, as shooting took place in the middle of the harsh winter, when the temperature often dropped to 20 degrees below zero", said Moon.

She enjoyed a breakthrough with the SBS TV drama "Alone in Love" in 2006 but her career hit a purple patch shortly afterwards.

"I had no offers for two and a half years, and I failed all my auditions. It was a painful and depressing period. I felt like I was in a dark tunnel with no end", she said.

She said she overcame the hardships by trying her hand at other vocations. "I worked as a salsa teacher -- which is something I started learning in middle school -- to resolve my financial difficulties. I also took up taekwondo and jogging to get fit and shake off my depression", she said. "I tried my hardest, and eventually things started looking up".

"Deranged" is the first commercial film in which Moon plays a starring role. "It was so cool to see myself on the screen. Now I can't wait till I start shooting my next film", she said.

"If I stay receptive to what's happening in the world, and try to reflect the changes taking place in society with my acting, hopefully I can stick with this for a long time".