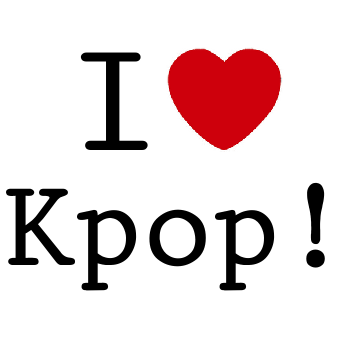 CUSCO, Peru (Yonhap) - On a cold, rainy morning in Ccorao, Peru, Jessica Quijhua braved the elements and set out from her house with a cane. In the rural village lying at an altitude of 3,800 meters in southern Peru, farmers stay home and even the most energetic tourists duck into their vans in such inclement weather.

For Quijhua, 22, the journey to a nearby ceramics school required her to stop and rest every few minutes because of her leg disability. Her worn hat and fuzzy sweater were wet from the rain. With her big dreams, however, Quijhua wishes she could make the trip every day, not just on Mondays and Thursdays.

"I want to open my own shop some day", said Quijhua on her way to the School of Ceramics on a Thursday morning. "Two days per week is not enough. I want to take the class from Monday through Friday. That will help me learn much faster".

Quijhua is one of about 15 young Peruvians learning the art of Korean ceramics at the School of Ceramics, which opened in 2005 in Ccorao, about an hour bus ride from Peru's ancient capital of Cusco, with the support of South Korea's government-run Korea International Cooperation Agency (KOICA). In a country where Korean soap operas are frequently on television and K-pop music is now all the rage, some young Peruvians are channeling the influx of Korean culture and technology into their professional career and other local interests.

Orlando Choque, 26, was one of the first students at the ceramics school and now makes a living teaching there and selling his wares in the tourist streets of Cusco. Ceramic art is not typically a high income generating profession in Peru, but Choque is confident he will make a comfortable living with the combination of the refined processing technology he learned at school and his inspirations from the Inca empire legacies prevalent in the region.

"Yes, that's my dream", Choque said, adding that his vases and cups are modeled after the Inca ruins in the Cusco region, the empire's capital, marked by Peru's most popular tourist destination, Machu Picchu.

Although ceramic art prospered in ancient Peru, many ceramic workers now jump into the profession without established modern techniques and equipment, he said.

"There is a difference", he noted. "Most ceramic workers here do only basic things because they received no formal training, but learned from their fathers at home. Ceramics we make are more hygienic and more accomplished with sophisticated designs and techniques".

Some young Peruvians turn their penchant for Korean entertainment into social good. On a recent Saturday afternoon, a throng of K-pop fans packed a building's hall on a main Cusco avenue to see music videos of Korean, and some Japanese, boy bands and hold dance battles. The Christmas event was mainly to satiate the ever-deepening K-pop thirst in Peru, where tours of Korean stars come rarely, but organizers this time spiced it up with a humanitarian interest. All donations would go into supporting about 800 children in a nearby impoverished rural community in the form of rice, milk and toys among other necessities.

"They are extremely poor, so we want to support them", Ruth Zapata, 28, representative of the Cusco fan club of the Korean boy band, SS501, and main organizer of the event said, as about 80 K-pop fans screamed and waved florescent sticks and colorful balloons with Big Bang on the screens. "Every one of the fan clubs is taking part by coming here and donating little by little".

South Korea's cultural and industrial presence in South America has long been dwarfed by those of other Asian giants, China and Japan, but the trend seems now to be turning, at least among young Peruvians. The popularity of Korean dramas and pop music has prompted exports of Korean consumer goods to Peru to increase 97.7 percent to $340 million in 2010, according to the Korea Customs Service, a government arm that facilitates international trade.

"Coupled with the economic boom of the trade partner and the competitiveness of product qualities, the 'Korean Wave' has been an important factor in the general elevation of consumers' preferences over Korean consumer goods", the Customs report published in June said.

Mobile phones, cars, household electronic gadgets and clothes were the main export items. In the Central and South American region in the period between 2005 and 2010, the increased rate of South Korean consumer goods exports was highest in Peru with 320 percent, followed by Brazil with 124 percent, Venezuela with 84 percent and Mexico with 61 percent, the report said.

The one-sided commercial spurt could be fleeting, however, and now is the time to promote mutual interests, said Ghil Dong-soo, a former KOICA member who initiated the ceramics school project. Ghil, a painter and ceramic artist, now runs a Korean restaurant in central Cusco and recently opened a Korean language school, the first such private venture in Peru, believing it could better his customers' job prospects.

"We have young people coming here to try samgyeopsal and soju, saying they saw them on dramas", said Ghil, 49, who settled in Cusco after marrying a KOICA co-volunteer. Samgyeopsal is a popular Korean dish of fatty pork belly meat served on a grill, which goes well with soju, a distilled alcohol beverage made from rice.

Some of his Peruvian customers asked him to teach them Korean. After about two months of informal lessons at his restaurant, Ghil opened the language institute in September. Now with only about 25 students, his new business has deficits, but Ghil believes it will eventually swing into the black and help the students begin a career.

Nashiro Cruz, 20, a tourism student at a Cusco university, now takes the Korean class every night, aspiring to find employment with the increasing inflow of Korean tourists in Peru. Her first contact with Korea was through popular dramas broadcast in the country, "Star in my Heart" and "My Lovely Sam Soon", in which the reserved manner of Korean lovers drew her attention.

"Peruvian dramas usually have too many obscene scenes and little plot. Korean dramas have a story", said Cruz, also a fan club member of Korean boy bands CN Blue and FT Island. "But then, Koreans are never straight with love. Junpyo likes Jandi but is always grumpy to her. When they are in love, Peruvians say so", she said, referring to another popular drama currently being broadcast in Peru, "Boys over Flowers".

"My father likes Chinese movies and Japanese martial arts and don't understand me. But I want to work with Koreans, maybe as a tour guide".