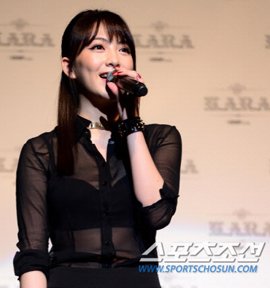 "I will continue to do my best as an actress and singer", Kang wrote on her SNS account on Tuesday, announcing the release of her solo album.

After leaving Kara in 2014, she has been active in Japan as an actress and model.

Her album will hit local stores early next week.