From Entertainment to Drama, Cable and General Service Reveal Line-up for 2020 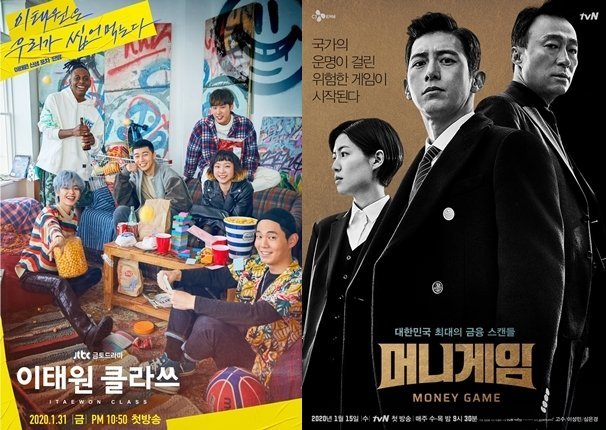 General Service channels are overpowering ground-wave channels in entertainment and have an upgraded line-up this year. Cable and general service channels held back with dramas last year, but this year they come back with medical, mystery, thriller, fantasy and 'genre'. In fact, they announced a 'Korean version of Marvel' and presented a line-up that would encompass the entire generation.

TvN intimidates ground-wave channels, and although it recorded a slightly stagnant viewership last year, it's coming back with various genres this year. Coming up first is "Money Game", which begins on the 15th.

"Money Game" is about the breathtaking struggle of those who try to prevent a national tragedy amid the biggest financial scandal, in which the fate of the Republic of Korea is at stake and there is a sharp conflict of beliefs. The drama spiked interest earlier on with the cast comprised of Lee Sung-min, Go Soo and Shim Eun-kyung. Shim Eun-kyung returns to drama for the first time in 6 years and Lee Sung-min for the first time in 4 years.

Come February there is a thriller called "The Cursed". "The Cursed" is about a teenage girl who has the ability to bring death by using Chinese characters, names, photos, and belongings, and a just social issues reporter, fighting against the massive evil hidden behind an IT conglomerate. Uhm Ji-won, Sung Dong-il and Jo Min-soo, as well as Jung Ji-so from "Parasite" are in the cast.

"Train to Busan" maker Yeon Sang-ho writes his first drama scenario and meets "Champion" director Kim Yong-wan to make "The Cursed". They say that the series will go beyond the limits of drama and set itself apart from others.

TvN's secret weapon is "A Piece of Your Mind", the love story between an AI programmer and a classical recording engineer, starring Jung Hae-in and Chae Soo-bin. 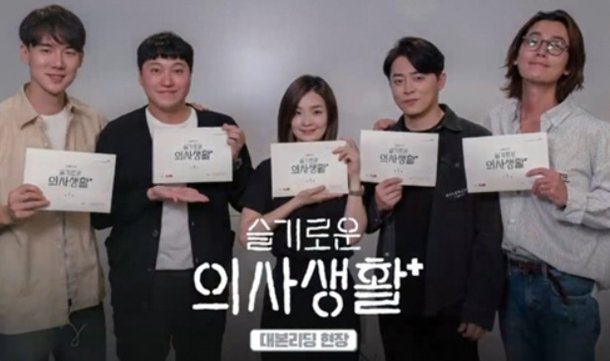 "When My Love Blooms" is a romance drama about a man and woman's happiest time of their lives after reuniting with their first loves, starring Lee Bo-young, Yoo Ji-tae and Park Si-yeon. It depicts the desires and conflicts of those in their 40s.

The most anticipated tvN drama of all is PD Sin Won-ho and writer Lee Woo-jeong-I's "Hospital Playlist" starring Cho Jung-seok, Yoo Yeon-seok, Jung Kyung-ho, Kim Dae-myung and Jeon Mi-do. "Hospital Playlist" is the story of people who live an ordinary day that feels special at a hospital, which is called a miniature version of life, as people are born and die there.

PD Sin has had a continued successful career with the "Answer Me" series and now the "Wise" series. His collaboration with writer Lee raises expectations for another well-made drama.

TvN also releases "It's Okay to Not Be Okay", "Tale of the Nine Tailed", "Awaken", "Start Up", "Secret Forest 2" and "Fall From the Sky" to retrieve its title as the drama empire.

"We introduced a lot of romantic comedies last year, but this year we have finished preparing to introduce works with diverse materials or social issues", said Lee Gi-hyuk, the contents editing and planning director. "From "When My Love Blooms", marriage and non-marriage stories to occult plays, we will pursue novelty with a variety of materials and genres".

JTBC hit the jackpot with "SKY Castle" last year and this year it focuses on its line-up; Son Hyun-joo, Song Yoon-ah, Yu Jun-sang and Kim Hee-ae appear in investigative and traditional romance dramas.

"The Good Detective" starring Son Hyun-joo and Lee Elijah is about the race between people who want to get closer to the truth and those who want to cover it up.

JTBC was successful with the 2018 drama "Misty" and comes back with two mysterious melodramas this year. Kim Hee-ae returns to drama for the first time in 4 years with "The World of the Married" and Yu Jun-sang and Song Yoon-ah appear married in "Graceful Friends".

"The World of the Married" is directed by Mo Wan-il and is about a married couple who turn to revenge when one is betrayed by the other. In the midst of hatred and affection, the couple's fierce revenge will be drawn to the point of squeezing each other's throats. 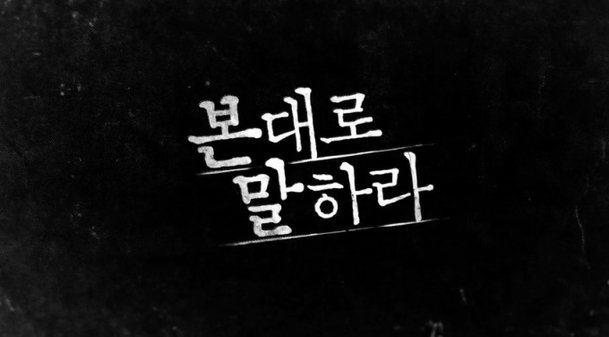 OCN is known as the house of genre and it declared the creation of a 'Korean Marvel' worldview this year. OCN's worldview is the embodiment of social justice and punishment.

Amidst the upcoming are "Tell Me What You Saw", "Team Bulldog: Off-duty Investigation", "Rugal" and "Train". "Rugal" is a human action hero drama about a former elite police officer who ends up losing not only his beloved wife, but also his eyes, and is accused of being a murderer. It's starring Choi Jin-hyuk, Park Sung-woong and Jo Dong-hyuk.

OCN director Hwang Hye-jung said, "OCN turns 25 year. It's held a reputation for being the number one movie channel and has established various characters with our own worldview. OCN is focused on good-beats-bad at the moment. We think we have constantly created quite the Korean heroes, and we will continue to do so in the future".

"From Entertainment to Drama, Cable and General Service Reveal Line-up for 2020"
by HanCinema is licensed under a Creative Commons Attribution-Share Alike 3.0 Unported License.
Based on a work from this source