From Jang Nara to Son Ye-jin, The Return of the Hitmakers 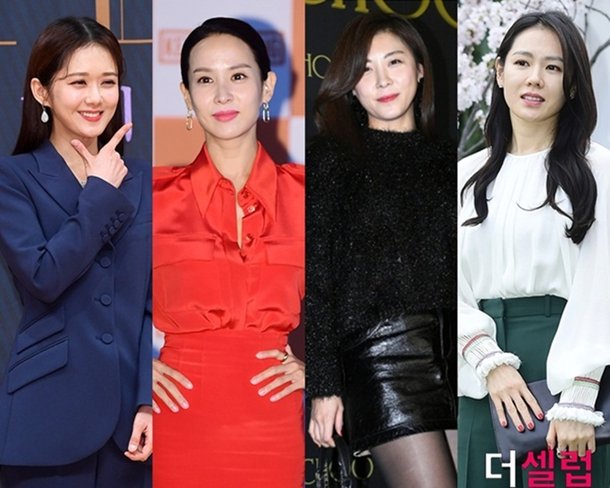 The first actress to meet with the public is Jang Nara. She appears in "VIP" that began on the 28th of October.

"VIP" depicts the stories of a diverse group of people against the backdrop of a department store. Jang Nara is the VIP team manager, Na Jeong-seon, and is expected to appear more charismatic than her existing characters.

In November comes "Woman of 9.9 Billion" with Cho Yeo-jeong, who has had a series of recent successes with "Beautiful World" and "Parasite".

"Woman of 9.9 Billion" is about a woman who coincidentally finds 9.9 billion won and fights the world. It's the tale of a woman who has to stay strong and survive in a world blinded by desires. Cho Yeo-jeong tackles the role of Jeong Seo-yeon.

Next up is Ha Ji-won. For her first drama in 2 years, she chose jTBC's "Chocolate" that's coming later this year.

"Chocolate" is about a cold neurologist named Lee Kang (Yoon Kye-sang) and warm-hearted chef Moon Cha-yeong (Ha Ji-won) meeting in a hospice and healing each other. Ha Ji-won's character of Moon Cha-yeong gives off clean energy.

"Crash Landing on You" is a top secret love story about a commission officer named Ri Jeong-hyeok (Hyun Bin) who hides and protects a chaebol heiress named Yoon Se-ri (Son Ye-jin) after she lands in North Korea in a paragliding accident, but eventually ends up falling in love with her.

The fresh subject of the story draws attention but above all, Hyun Bin and Son Ye-jin co-star in a drama for the first time.

All of these actresses are known for their capacity to pull off any character they take on, and they are expected to carry on the life that "When the Camellia Blooms", a KBS 2TV drama, brought into the drama market, which is in recession.

"From Jang Nara to Son Ye-jin, The Return of the Hitmakers"
by HanCinema is licensed under a Creative Commons Attribution-Share Alike 3.0 Unported License.
Based on a work from this source