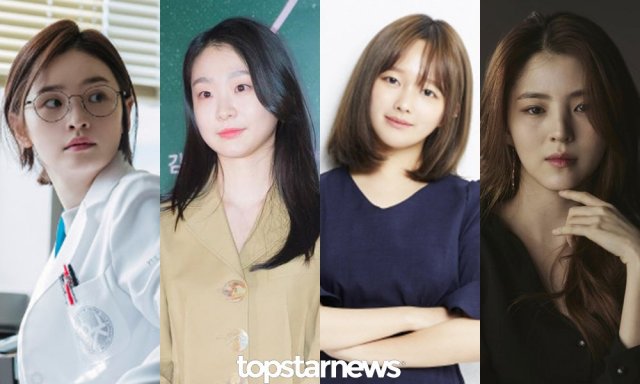 Candidates for the 56th Baeksang Arts Awards have been unveiled. Among them, special attention is being paid to the hero of the honorable Best Newcomer of the Year award, which happens only once in an actor's life. In particular, various candidates, from Jeon Mi-do to Han So-hee, will compete for the award.

On the 8th, the secretariat of the Baeksang Arts Awards announced the final candidates for each category, who have been active in TV, film and theater for the past year.

Among them, 10 men and women were nominated for the Best Newcomer of the Year Award. Female candidates for the award are among the hottest candidates for screening at this year's Baeksang Arts Awards. A total of five people have been named on the list of candidates of glory. Kim Da-mi of jTBC's "Itaewon Class", Jeon Mi-do of tvN's "Hospital Playlist", Jung Ji-so of tvN's "The Cursed" and Han So-hee of jTBC's "The World of the Married".

JTBC's "Itaewon Class" Kim Da-mi made a spectacular appearance in the film "The Witch : Part 1. The Subversion" in 2018, becoming the top rising star of the year. Since then, her next drama, "Itaewon Class" has been reborn as a box-office guarantee check, proving both her acting and star quality.

TvN's "The Cursed" Jung Ji-so took a leap forward after taking a public eye-catching role as Da-hye in the movie "Parasite". For her first adult lead role, her short haircut and unconventional acting challenges drew attention. She joined the ranks of trusted actresses.

Among the male candidates are Kim Kang-hoon of KBS 2TV's "When the Camellia Blooms" Ahn Bo-hyun of jTBC's "Itaewon Class", Ahn Hyo-seop of SBS's "Dr. Romantic 2", Ong Seong-wu of jTBC's "A Moment at Eighteen" and Lee Jae-wook of MBC's "Extraordinary You".

"From Jeon Mi-do to Han So-hee, the Baeksang Arts Awards Release Nominations List for Best Newcomer"
by HanCinema is licensed under a Creative Commons Attribution-Share Alike 3.0 Unported License.
Based on a work from this source