From Moon So-ri to Hani, Drama and Movie Blending Project "SF8" is Gathering Its Troops 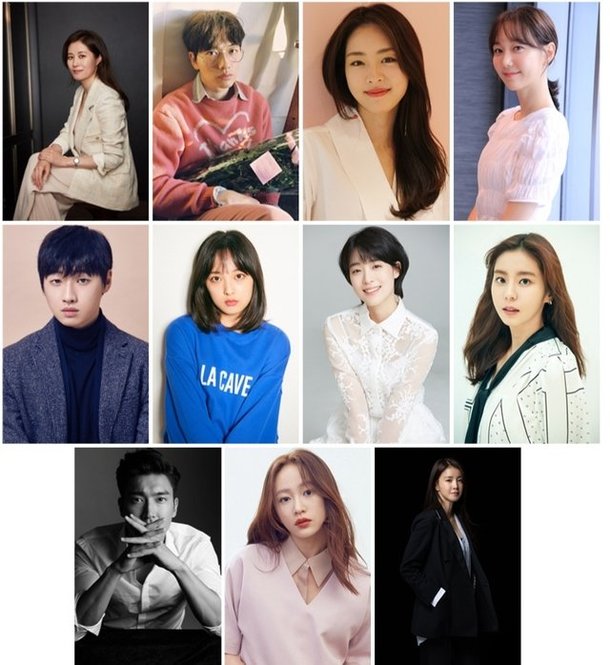 MBC is presenting a Korean example of the science fiction genre.

The "SF8" project is a movie-drama crossover with the Korean Film Directors Guild (DGK) and OTT platform Wavve. It deals with various materials such as artificial intelligence (AI), augmented reality (AR), virtual reality (VR), robots, games, fantasy, horror, superpowers and disasters. The running time is 40 minutes each, presenting a total of eight works. It will be directed by Soo Films, and director Min Gyoo-dong, the head of DGK, will take on the creator spot.

Moon So-ri has been picked up for "Human Proof" with director Kim Eui-suk.

"Nursing" is about robots that replace the care-giving world starring Lee Yoo-young, Ye Soo-jung, Yum Hye-ran and Yoon Kyung-ho. It is directed by Min Gyoo-dong from "Herstory".

"You Can't Love in a Week" is a fantasy mellow drama about a couple at the end of the world starring Lee David and directed by Ahn Gook-jin.

Kim Bo-ra and Choi Sung-eun star in a queer youth drama amidst the disaster of fine dust. "Space Person Joo-an" is directed by Lee Yoon-jeong-II.

UEE and Choi Si-won star in a romantic comedy in a world where virtual reality is common in "Augmented Bean Pod". It is directed by Oh Ki-hwan.

Hani stars in "White Crow", a horror flick. It is directed by Jang Cheol-soo.

Lee Si-young comes back with "Blink" with director Han Ka-ram.

"From Moon So-ri to Hani, Drama and Movie Blending Project "SF8" is Gathering Its Troops"
by HanCinema is licensed under a Creative Commons Attribution-Share Alike 3.0 Unported License.
Based on a work from this source