From Park Hae-il to Lee Soon-jae... competing for Best Actor 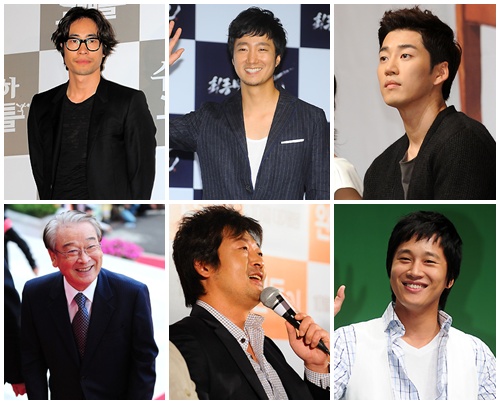 The 48th competition among the stars, the Daejong Award Movie Festival, will be grandly held at the Seoul Sejong Cultural Center today, October 17th.

Given the candidates, it looks like the competition this year is going to be tougher than any other year.

The candidates for this year are; Lee Soon-jae from "Late Blossom", Yoon Gye-sang from "Poongsan", Ryoo Seung-bum from "The Unjust", Park Hae-il from "Arrow, The Ultimate Weapon", Cha Tae-hyun from "Hello Ghost" and more.

"Late Blossom" is well known for its strong script and the excellent performance of middle-aged actors and actresses, breaking through 1.5 million admissions in just two months of its release. Also, "Poongsan" was made with no guarantee of payment for staff and actors, with just 200 million won, and fought against blockbusters worth billions, gathering more than 700,000 admissions.

To whom the Best Actor award will go to is a big question to the public.