From Shin Ye-eun to Lee Shin-young, Webdrama Stars Are Entering the Home Screen 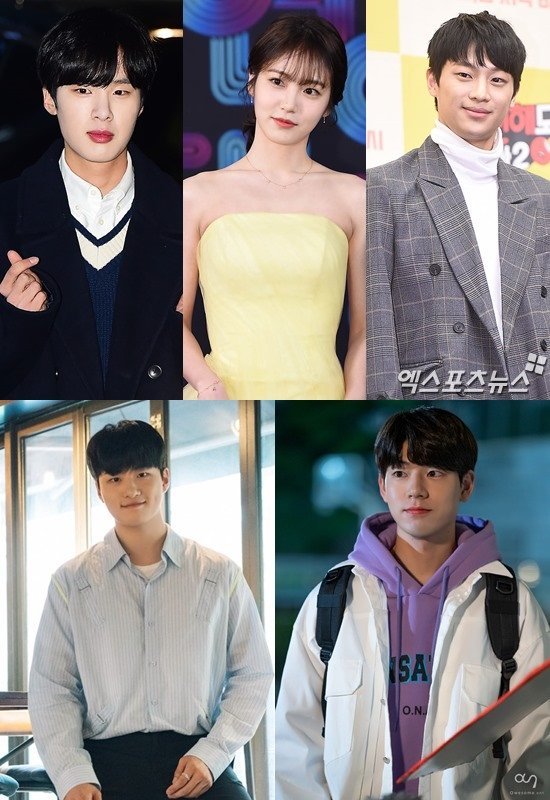 Stars who stood out in webdramas are also playing big roles in dramas now.

Webdramas have a shorter running time than dramas and are on easy platforms such as YouTube and V Live channels. Immediately after the broadcast, webdramas, which generate enthusiastic response from the 10-20 generation and are even produced in seasons, are becoming a 'field of opportunities', where new actors are discovered the moment the webdramas become popular.

Stars who have made an impact once in webdramas are now making a leap forward, as they become the main characters of ground-wave TV as well as cable and general TV dramas.

Director Yoo Hee-woon from "Love Playlist - Season 4" once said he felt that the size and influence of webdramas are growing. He said, "Webdramas are a field where one can absolutely compete in before going to mainstream dramas and it can also be a gateway to rookie actors". 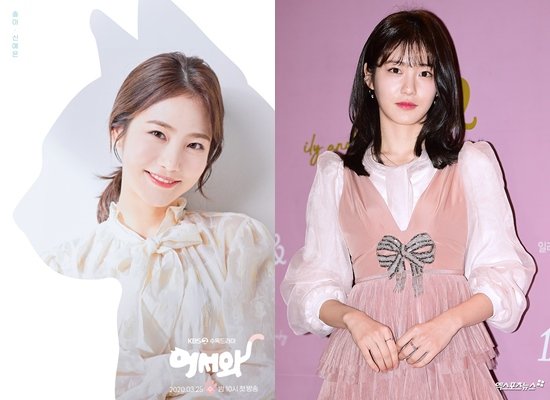 Shin Ye-eun, who starred in the two seasons of Playlist webdrama "A-TEEN", is one example of a star who was 'brought up by webdramas'. She played Do Ha-na in "A-TEEN" and designed her hair and style to look the part. In fact, her hairstyle was followed by many and she created the new phrase 'Do Ha-na illness'.

She debuted to ground-wave with "He Is Psychometric" and continued to star in "Meow, the Secret Boy" and is in the making of "More Than Friends".

Shin Seung-ho, who also made a stance in "A-TEEN", is becoming more and more popular. 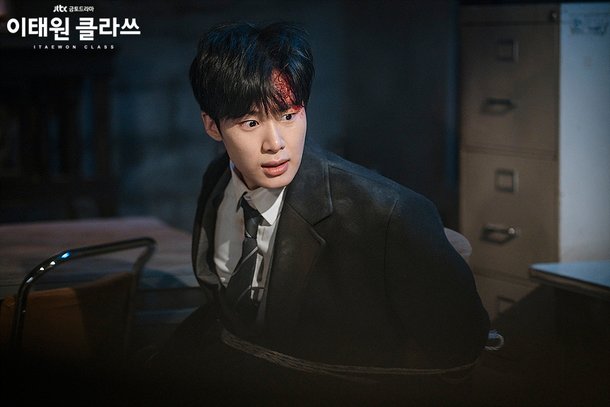 Kim Dong-hee who played Cha Seo-joon, a character under pressure for school grades in the legendary jTBC drama "SKY Castle", appeared in the drama as twins with Jo Byeong-gyu. In "Itaewon Class" he was Jang Geun-soo, the second son of the Jang Group, a character with a twist in the end. 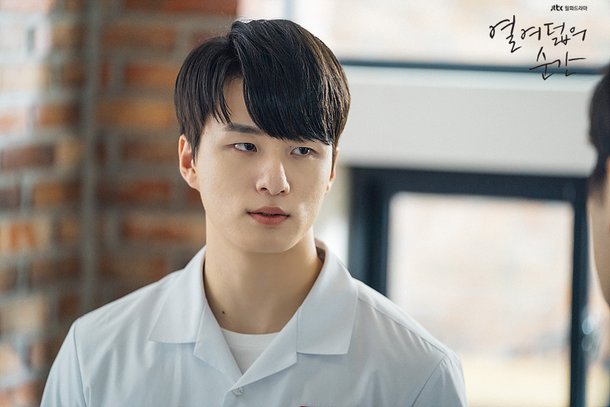 Shin Seung-ho starred in both jTBC drama "A Moment at Eighteen" and Netflix's "Love Alarm". As a former soccer player, his good physique allows him to stand out in dramas. He looked good in uniform in both dramas mentioned above.

Not only that, he depicted the scars of youth in "How to Buy a Friend". Although the drama was short, it was a good chance for him to prove his abilities through action and emotional performances. 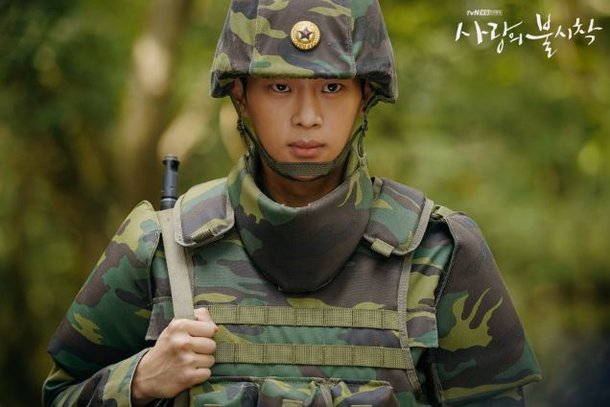 ◆ Lee Shin-young, spread out his wings with "Crash Landing on You"

Lee Shin-young starred in the drama "Crash Landing on You", which was a sensation this year. Lee Shin-young made a reputation for himself through webdramas and was also known to be the 'Kim Soo-hyun look-alike'.

He played Park Kwang-beom in the tvN drama "Crash Landing on You" with Hyun Bin and he is now more popular than ever. He also landed a main role in "How to Buy a Friend" with Shin Seung-ho. 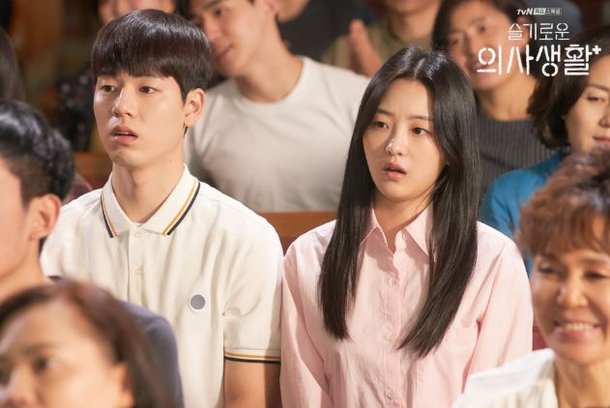 He debuted to ground-wave with the MBC drama "Extraordinary You" as Baek Joon-hyeon, Lee Jae-wook's stepbrother, and is currently starring in the tvN drama "Hospital Playlist" as Jang Yoon-bok's (Cho Yi-hyun) twin brother. 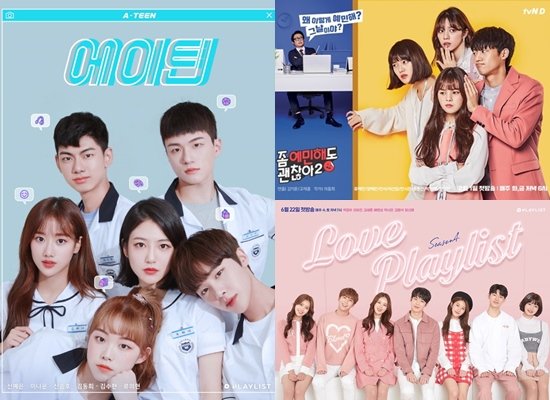 The production company of "Meow, the Secret Boy" starring Shin Ye-eun, also tell stories about the newcomers who stand out. The production team said, "In days when one-act plays such as Best Theater were produced every week, one-act plays played the role of the cradle of new actors. However, right now, broadcasters such as KBS and tvN are producing only small episodes".

It added, "Webdramas are a gateway for new actors to experience acting through video media. Auditions alone are hard to verify acting skills, but if they have been verified once through a webdrama, it is true that productions pay more attention to them".

In addition, casting them is a great help not only in marketing to the 10-29 age target group, but also in terms of relevance. Regarding Shin Ye-eun, who is currently starring in "Meow, the Secret Boy", the advantage of having a lot of fandom through "A-TEEN" was attractive from the perspective of the "Meow, the Secret Boy" production team, which aims at a young audience.

As such, new actors, who have announced their respective presence in webdramas, seem to be settling down to drama in a stable manner. Watching them fill their filmography from supporting roles to leading roles, you can't help but look forward to the future.

"From Shin Ye-eun to Lee Shin-young, Webdrama Stars Are Entering the Home Screen"
by HanCinema is licensed under a Creative Commons Attribution-Share Alike 3.0 Unported License.
Based on a work from this source