From Yoo Seung-ho to Park Bo-gum and Yoona, the 90s-Born Are Coming 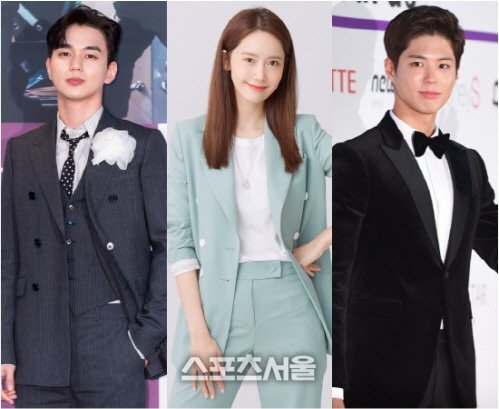 The book titled "The 90s Born Are Coming" created a sensation. Those born in 1990 began to enter society and the way they understand and co-exist emerged as a hot topic. The same is true of the entertainment industry. The number of '90s actors who cry and make viewers laugh in the small screen continues to increase dramatically.

Those who made their debut at an early age in their teens and have been working as child actors or idol group members are now in their 20s and 30s and are playing the leading roles. After the process of being someone's childhood or students, they are now showing their capabilities by appearing in various works ranging from romance to rhetoric to court material to genre pieces.

TvN's "Memorist" teams up with 'well-made child actor' Yoo Seung-ho and Lee Se-young. They play a detective with special abilities and an elite profiler, tracking down a serial killer. It's a charismatic genre drama and Yoo Seung-ho and Lee Se-young are now grown-ups who display great teamwork. They manage to be compared to middle-aged actors such as Jo Sung-ha and Ko Chang-seok. Nam Ji-hyun also attempts a change through the MBC drama "365: Repeat the Year".

These young grown-up actors are also spreading out to romance and not just genre dramas. Chae Soo-bin joined Jung Hae-in in tvN's "A Piece of Your Mind" to challenge her new romance-queen title. Moon Ga-young will also portray a sentimental romance with Kim Dong-wook through MBC's "Find Me in Your Memory". Kim Myung-soo and Shin Ye-eun of KBS2's "Meow, the Secret Boy" also herald sweet romance.

Actors born in the 1990s, who are already in their mid-20s to early 30s, are now transforming and growing, breaking the narrative that they are limited to student roles by also doing professional roles, and desperate romance. KBS2's "When the Camellia Blooms" Kang Ha-neul, SBS' "Stove League" Park Eun-bin and JTBC's "Itaewon Class" Kim Da-mi were all born in the '90s. It reflects not only the representation of youth, but also the social aspect that has changed to a self-reliant character rather than a passive one. In addition, the line-up of those born in the 90s stands out in the upcoming episodes. Even JTBC's "Record of Youth" Park Bo-gum and "Hush" Yoona are expected to lead the plot as the main pillars of the drama.

"We are entering a period of generational change by joining the '90s", an industry source said. "With the wider pool of actors and actresses, the famine phenomenon of young actors, which remained a disappointment, is developing naturally. As their genres and works become more diverse, the opportunities for them to perform are increasing", he said. "There are challenges for male actors to serve in the military, but the activities of the 90s will continue to stand out".

"From Yoo Seung-ho to Park Bo-gum and Yoona, the 90s-Born Are Coming"
by HanCinema is licensed under a Creative Commons Attribution-Share Alike 3.0 Unported License.
Based on a work from this source