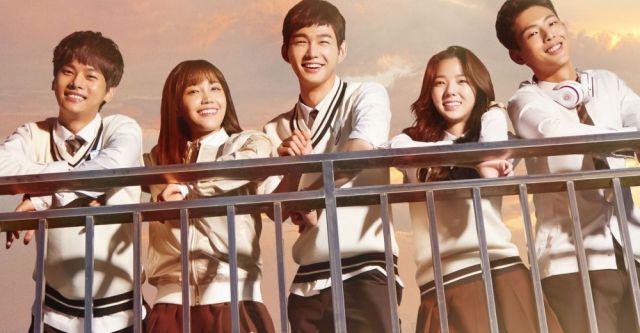 Upon first sight, "Cheeky Go Go" is your typical high school drama set in an overly competitive school, Sevit High School. Your typical high school drama begins with typical characters - the offbeat, misfit students along with the cool, rich, and smart ones - and typical storyline of pitting these completely different kids against each other to create conflict and drama.

And then there is your typical hero of the story - the one student who always bridges the gap between the two diverging groups and ultimately brings them together. Kang Yeon-doo (Jung Eun-ji), a kindhearted and determined high schooler, is that heroine in "Cheeky Go Go". Despite the expected narrative and characters, the drama managed to tell a heartfelt story full of emotions. Although it is a bit slow at times with occasionally random plot progressions, "Cheeky Go Go" left me cheering for each character by the end. 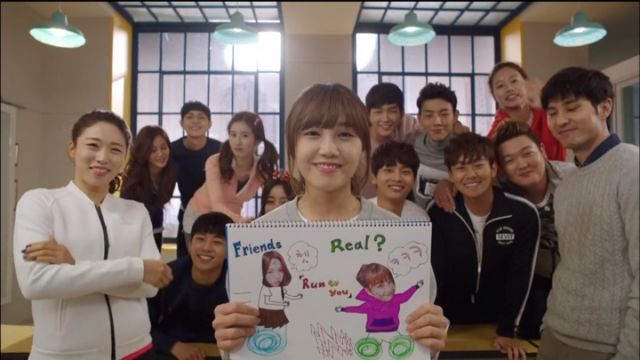 The opening scenes of "Cheeky Go Go" is attention grabbing thanks to a unique way of screenshotting the characters and adding animations to them as if they were from a comic book. Beyond the interesting cinematography, the first couple of episodes do a decent job at introducing the main characters. The drama begins with Yeon-doo talking about how she is at the bottom of the food chain at her school because she comes from a very different family upbringing than your average students at Sevit High School. 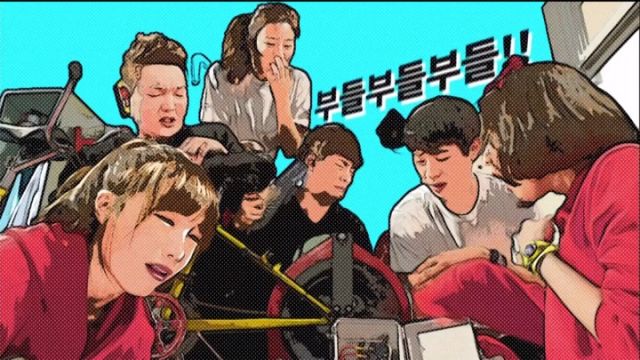 Turns out, she's the leader of the outcasts known as the Real Kings, a dance team that isn't too concerned about their grades. I immediately felt a connection to the Real Kings because of their display of true friendship and their audacity in pursuing what makes them happy. In particular, it's evident that Yeon-doo is a genuine friend, which is what Ha Dong-jae (N), Yeon-doo's childhood friend believes. Ha Dong, as Yeon-doo likes to call him, is a slightly awkward, yet lovable individual who's also a great basketball player. Yeon-doo is the only reason that Ha Dong decided to come to Sevit High School. 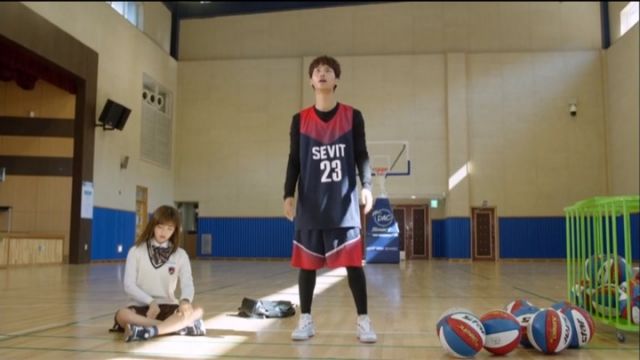 "I find the drama's plot quite cliche and a bit cheesy".

Although it's easy to dislike the White Tigers, I actually feel sympathetic towards them because they have so much pressure from their families to be perfect, which also put strains on their family relations. Though all of the White Tigers are going through a similar experience, Soo-ah seems to have the worst of it. Her mother even paid someone to increase her chances of getting into an Ivy League school. I feel pity towards Soo-ah because I don't think anyone should have that much pressure at such a young age. 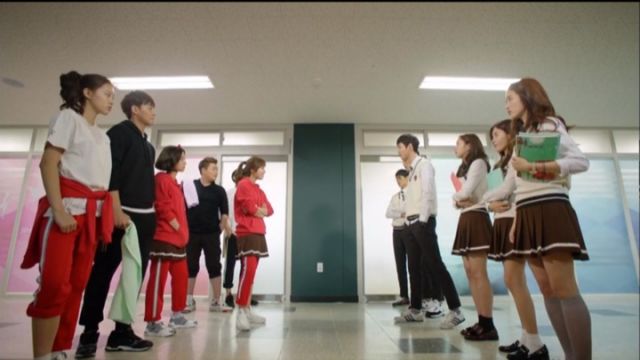 "Cheeky Go Go" wastes no time in setting up the rivalry between the Real Kings and the White Tigers, but the tension between the two groups develops in a very predictable way. At this time, I find the drama's plot quite cliche and a bit cheesy. However, Yeon-doo's character is intriguing enough to keep me watching because even though her heart is in the right place, she ends up causing more trouble than necessary at times. I'm curious to find out how she'll manage to bridge the gap between the two groups.