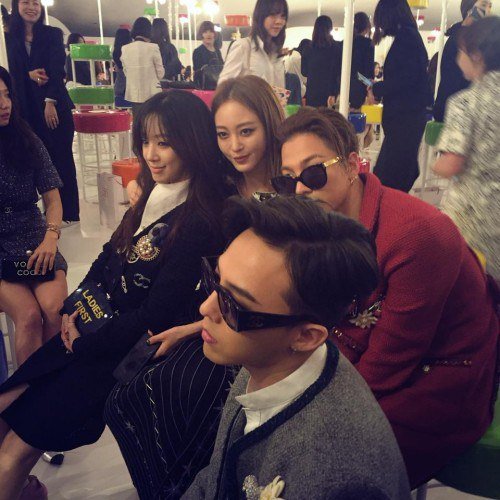 A photo proving G-Dragon's presence at a fashion show is drawing public attention.

Magazine Elle Korea posted a photo on their official Facebook, which captured the presence of G-Dragon, who attended the Chanel 2015/16 Cruise Fashion Show at Dongdaemoon DDP, Seoul on May 4th.

In the revealed photo, G-Dragon creates such a heartwarming vibe looking friendly along with Han Ye-seul, Jung Ryeo-won, and Taeyang.

G-Dragon showed off his great style and demanded attention with as the top fashionista as he is.