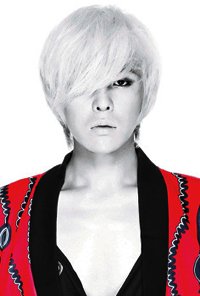 G-Dragon, a member of Korean boy band Big Bang, will release his second solo album 3 years after his first.

According to YG Entertainment Monday, the 24-year-old rapper, whose real name is Kwon Ji-yong, "One of A Kind" will be available from various online music sites on Sept. 15. It will hit the shelves on Sept. 18. It is his first solo recording since studio album "Heartbreaker" in 2009

The new offering consists of seven tracks, of which" One of A Kind" and "That XX" were already revealed on Aug. 25 and Saturday, respectively, and have generated attention from media and fans. New track "Crayon" was written and composed by musician and producer Teddy.

"Crayon is a compound word formed from his name, Ji-yong, and crazy and also an abbreviation for crazy on", the agency said Monday. "That means everyone can enjoy themselves and go crazy to his music".

G-Dragon officially made his debut as the leader and one of the two rappers for Big Bang in 2001. He has written and produced hits for the group including "Li e", "Last Farewell" and "Haru Haru". His first solo studio album became popular and earned numerous awards including Album of the Year at the Mnet Asian Music Awards in 2009, Song of the Month (September) for "Heartbreaker" in 2009 and the Bonsang Award in 2010 from the Cyworld Digital Music Award.

"G-Dragon to release 2nd album"
by HanCinema is licensed under a Creative Commons Attribution-Share Alike 3.0 Unported License.
Based on a work from this source