Gang Dong-won or Won Bin? Who will win this year's Daejong Award? 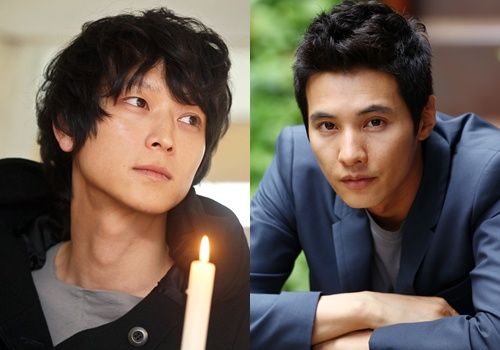 Who will get Daejong Best Actor Award, Gang Dong-won or Won Bin?

The 47th Daejong Awards will be held on the 29th in Kyeong-hee University's Hall of Peace. On that day's awards event, 'Bedevilled', "The Servant", 'Barefoot Dream', "Poetry", 'I Saw the Devil', 'The Man From Nowhere', "Secret Reunion", "Moss", "Harmony", and "The Housemaid - 2010" will complete against each other.

Gang Dong-won and Won Bin are contending for the Best Actor Award with "Secret Reunion" and 'The Man From Nowhere'. Gang Dong-won is scoring a double homerun by "Secret Reunion" after 'JEON WOO CHI : The Taoist Wizard'. His image is changing to 'pretty boy' to 'pretty actor'. Won Bin is once again showing off his appeal with 'The Man From Nowhere', after "Mother - 2009". They are the two hottest actors of this award event so everybody is wondering who will going to take this award.

Whether director Lee Chang-dong's 'Poerty' will win any award or not, will be another hot issue. "Poetry" has been won several award from foreign festival such as Cannes, but wasn't that famous in Korea.

Daejong Awards has been receiving many complaints from people about its fairness in selecting, so the position of "Poetry" will be intriguing people's interests. The battle between Yoon Jung-hee and Jeon Do-yeon by "Poetry" and "The Housemaid - 2010" is another watching point.

Daejong Award will be on air via SBS.

"Gang Dong-won or Won Bin? Who will win this year's Daejong Award?"
by HanCinema is licensed under a Creative Commons Attribution-Share Alike 3.0 Unported License.
Based on a work from this source