Gang Dong-won wanted to take a break, but why? 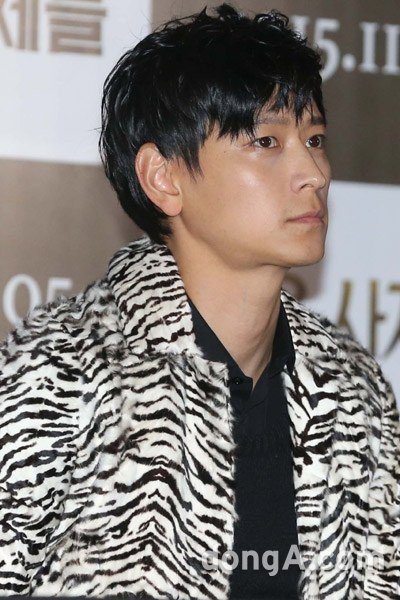 Gang Dong-won wanted to 'take a break' but he came out with a new movie.

Despite being busy with the new movie "The Priests", Gang Dong-won currently is filming another movie called, "Vanishing Time: A Boy Who Returned". If things go according to plan, Gang Dong-won will be engaged with the movie until early late this year or early next year. Like this, Gang Dong-won has been coming out with 5 movies straight starting from "KUNDO : Age of the Rampant" last year, "My Brilliant Life", "A Violent Prosecutor", and the recent "The Priests". He has been the most active since his debut. He wanted a break due to the exhaustion but there was a reason why he chose to go on with "Vanishing Time: A Boy Who Returned".

"Vanishing Time: A Boy Who Returned" is producer Eom Tae-hwa's debuting movie. His skills have been acknowledged with "Ingtoogi" before and for this current one, he thought of Gang Dong-won first. However, Gang Dong-won was so busy that he asked for the deadline to be pushed back. However, the answer was negative.

Being a rookie means not having enough verification as a producer and the casts were all rookies. In these 'weak conditions' the production needed Gang Dong-won's help desperately. According to his decision, the direction of the movie could be deterred. Gang Dong-won said, "I felt pressure in the fact that the movie might not do well if I didn't agree to do it".

Another reason is that Gang Dong-won thought he could show the boy in him through this movie. The movie is about four children who disappear in the mountains but reappear as grown men. Gang Dong-won is one of them. He chooses a boyish trait as one of his representing images. He plans to bring it all out in "Vanishing Time: A Boy Who Returned".

"Gang Dong-won wanted to take a break, but why?"
by HanCinema is licensed under a Creative Commons Attribution-Share Alike 3.0 Unported License.
Based on a work from this source