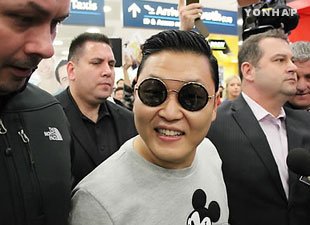 The video reached 502 million views on Saturday, 98 days after it was first uploaded in mid-July.

"Gangnam Style" is now the most watched video by an Asian artist and has risen to fourth place among the most-watched videos of YouTube.

The video is also currently ranked first on the list for "most liked video" and "most favorite video" worldwide.