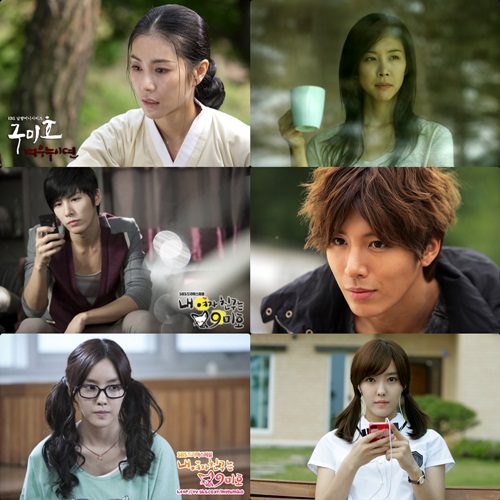 The relationship between main characters in the movie "Ghastly" is putting up more expectations for the movie.

The main characters Han Da-gam, No Min-woo and Hyomin have the tie of having been in dramas related to the 'gu mi ho' (a legendary fox with nine tails). Of course, the three weren't in the same drama but the connection there creates great teamwork.

This time, she attempts at being the horror queen again as Sunny in "Ghastly" where she feels nervous at the mysterious things that happen around her and then discover the shocking truth.

No Min-woo was attractive Dong-joo who threatened the gu mi ho (Shin Min-a) in the SBS drama "My Girlfriend is a Gumiho" and Hyomin was a hyper college girl who had a crush on Cha Dae-woong (Lee Seung-gi).

The two will be playing the roles of detective Cheol-woong and Sunny's sister Yoo-rin, going through the mysterious murders and getting involved in strange things.

Meanwhile, the movie "Ghastly" is armed with sensitive visual and a shocking story and will be released in August.

""Ghastly" Han Da-gam, Hyomin, No Min-woo great connection"
by HanCinema is licensed under a Creative Commons Attribution-Share Alike 3.0 Unported License.
Based on a work from this source