"Ghost - Drama" from Sin Hyo-jeong to Kim Woo-hyeon, side blow 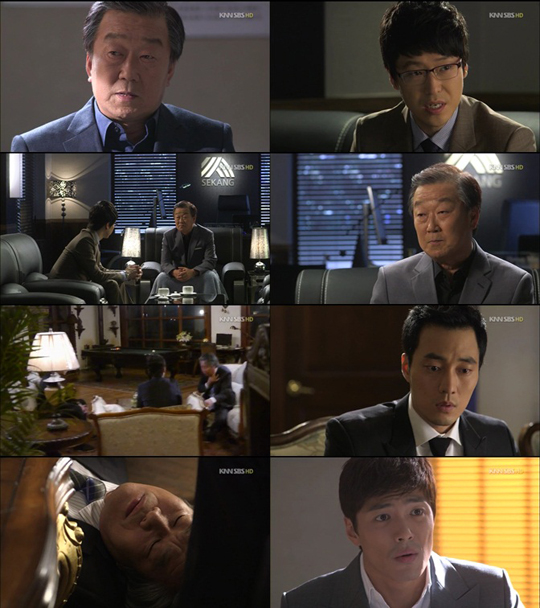 Uhm Ki-joon and Myeong Gye-nam, the fight for dominance between the two evils are created innocent victims.

Jo Kyeong-sin and Jo Hyeon-min had a debate about Jo Jae-min, who was a likely murder suspect of the CK Electronics chairman Nam Sang-won, and his deal. This was a council on the outside but actually it was a fight to see what they were really thinking.

Kyeong-sin and Hyeon-min didn't spare each other one bit. Kyeong-sin said, "It would've been better if you just pretended to be the pet or something" and Hyeon-min said, "Segang is actually mine".

This fight had gone over the line a long time ago. They had been killing innocent people like the actress Sin Hyo-jeong, Nam Sang-won from CK Electronics, commoners, Kim Woo hyeon and others just so they could take over a group.

Not only that, Hyeon-min and Kyeong-sin were using their wealth as authority and bringing policemen and prosecutors on to their side, as well as specific people to kill, hack and manipulate stock.

Meanwhile, it seems like this fight is going to get even muddier. Hyeon-min had been maneuvering discreetly until now but now as they found out what they were really thinking, they might not care about ways and means.

Will the cyber investigations team be able to face these powerful evils and stop them from creating anymore innocent victims?

""Ghost - Drama" from Sin Hyo-jeong to Kim Woo-hyeon, side blow"
by HanCinema is licensed under a Creative Commons Attribution-Share Alike 3.0 Unported License.
Based on a work from this source