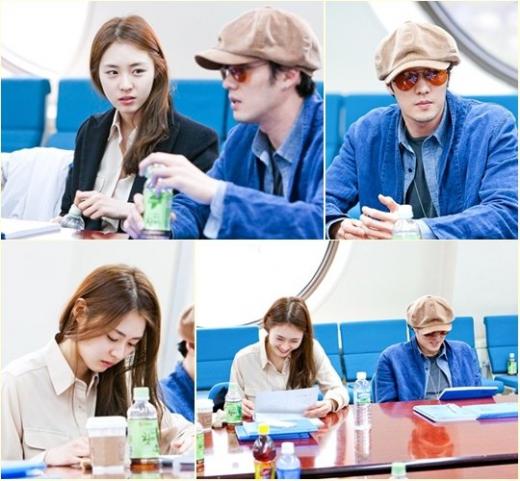 In the picture, the cast of the drama are dressed casually and concentrating on their scripts.

Lee Yeon-hee, Song Ha-yoon and other actresses appeared with natural hairstyles and clothes but they shone even still. Kwak Do-won, Choi Daniel, G.O from MBLAQ and others did their best during practice and director Kim Hyeong-sik was very satisfied. 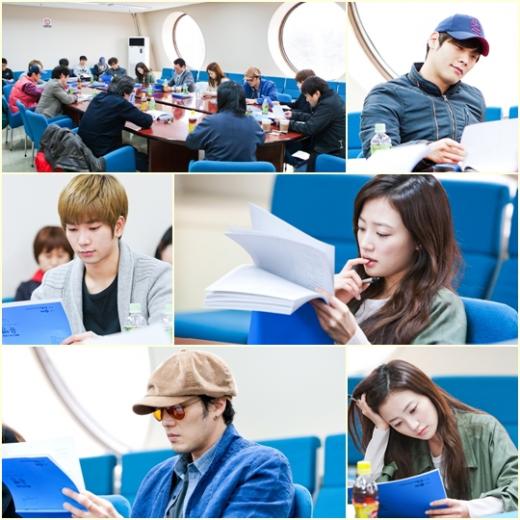 So Ji-sub wore a matching pair of jeans and a jacket with a cap and sunglasses.

Meanwhile, "Ghost - Drama" is a cyber investigation drama about the influence of SNS and the Internet. This drama is the teamwork of the crew from "Sign" which aired in 2011.

To be broadcasted after "The Rooftop Prince" in mid-May.