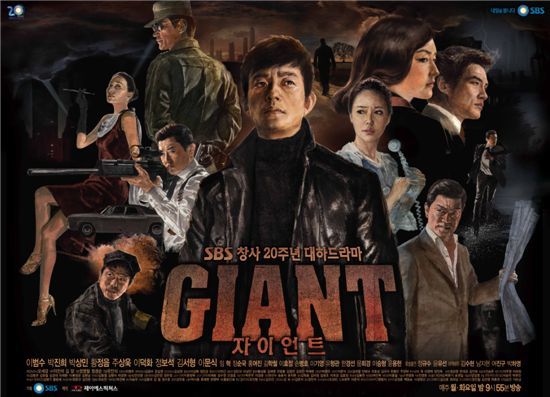 SBS' Monday and Tuesday series "Giant" held onto its reigns atop weekly TV charts once again during the week of October 18 to 24.

Numbers released by TNmS (Total National Multimedia Statistics) on Monday reported that "Giant" was the most-watched show in the country with ratings of 28.7 percent, the figure increasing by three percent compared to the previous week.

"Giant", set in the 1970s to 1980s, is about three siblings, separated after losing their parents, later coming together to seek revenge for them.

Meanwhile, AGB Nielsen Media revealed that the top show in the country was KBS' entertainment program "Happy Sunday" with viewership ratings of 29.3 percent, while "Giant" ranked in second with ratings of 28.7 percent and "Daemul - Big Thing" rounded out the top three with a mark of 27.8 percent. 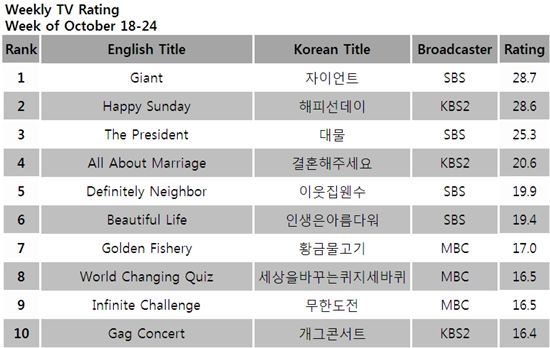