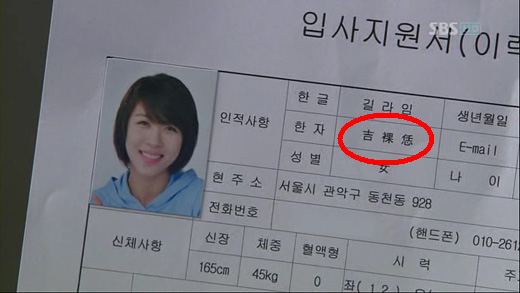 Recently in an internet community it was pointed out that in Chinese characters, the name 'La' means to strip and 'Im' means to think about.

The capture image of Gil La-im's resume shows that her name put together in Chinese characters means to think about stripping, and is going around in the Internet community bulletin board.

"Gil La-im name means stripping woman? Netizens laugh"
by HanCinema is licensed under a Creative Commons Attribution-Share Alike 3.0 Unported License.
Based on a work from this source