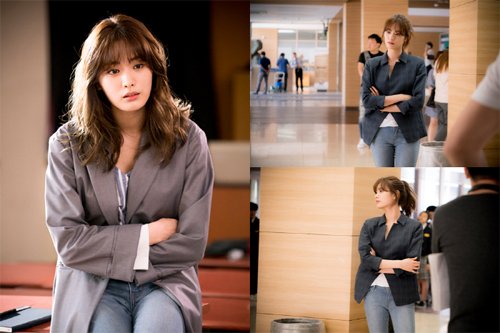 Nana of girl group After School is receiving rave reviews for her acting skills in "The Good Wife" on cable channel tvN.

Nana made her Korean drama debut in the remake of the hit U.S. series after appearing in the Chinese soap "Love Weaves Through a Millennium".

"The Good Wife" received much attention for its star-studded cast, including Jeon Do-yeon, Yoo Ji-tae, Yoon Kye-sang and Kim Seo-hyung.

When the news of Nana being cast got out, many people were skeptical because she was only known for her model-like figure. But from the first episode on, she has shown impressive talent and removed any doubts about her abilities.

"Girl Group Member Nana Proves Herself in Acting Debut"
by HanCinema is licensed under a Creative Commons Attribution-Share Alike 3.0 Unported License.
Based on a work from this source