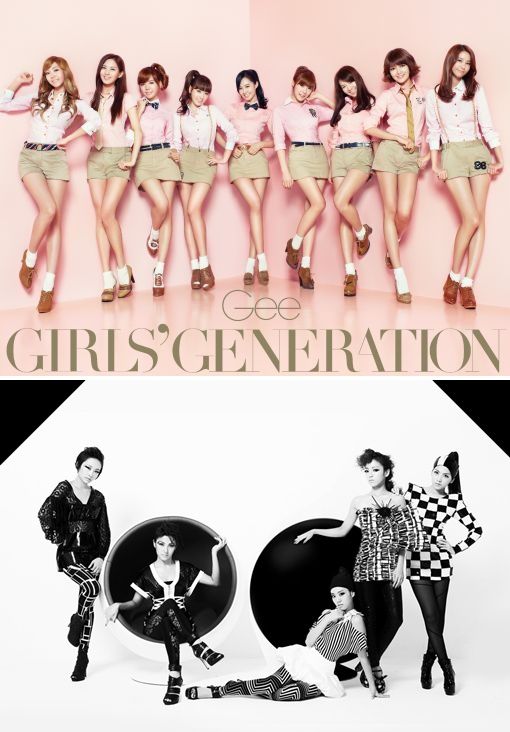 According to the official website, both girl groups were named the new artist of the year and have placed among other best new artists in the country alongside Japanese singers including KG, WEAVER, Miwa and Orianthi.

In December, Kara and Girls' Generation both performed on Asahi TV's "Music Station" on Christmas Eve and placed No. 1 and 2, respectively, on the prestigious Oricon chart's listing for the most successful new artists of 2010.

Composed of members Gu Hara, Han Seung-yeon, Park Gyu-lee, Kang Ji-young and Nicole, Kara made their debut in Korea with their first album "Blooming" in 2007.

The girls, currently active in both Korea and Japan are also busy preparing for their upcoming debut in Japanese drama "URKARA" which will go on air this month.

Girls' Generation made their debut in Korea with their first album "Into the New World" and since produced several hit songs including "Gee", "Genie" and "Run Devil Run".

They have taken the Japanese music market by storm since making their official debut in the country in August this year, becoming the first Korean girl group to place at No. 1 on the prestigious Oricon chart as well as having sold 100,000 copies of their Japanese singles "Gee" and "Genie" to be certified gold discs. 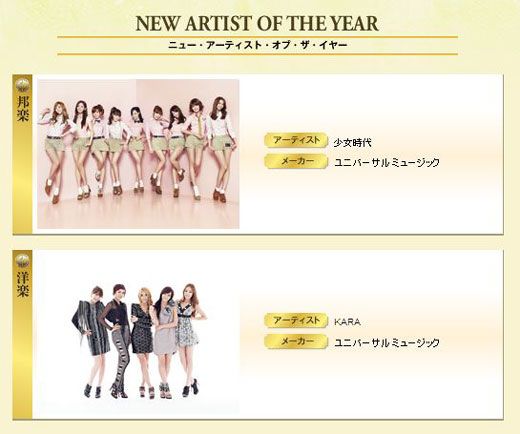