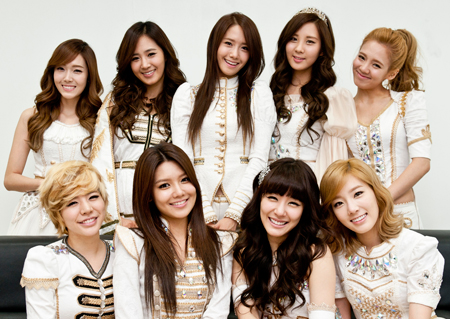 The nine-member band received a special prize in the women's category for best dressers at the 23rd International Jewellery (this is the official spelling) Japan (IJT) 2012, which opened Wednesday at Odaiba, Tokyo.

"We hope to shine through our music like gems", said Seohyun on behalf of her group members upon accepting the mention.

"Girls' Generation named best dressed in Japan"
by HanCinema is licensed under a Creative Commons Attribution-Share Alike 3.0 Unported License.
Based on a work from this source