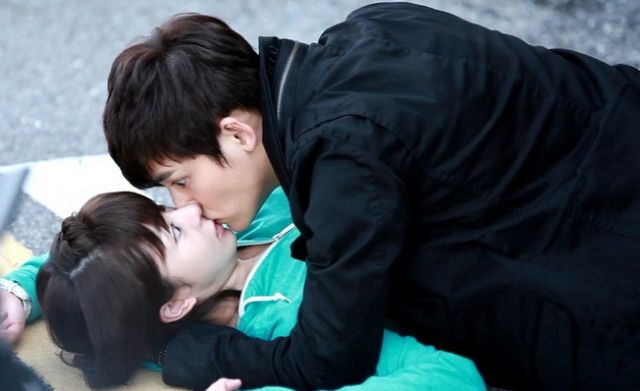 Seo Woo and Park Jin-woo will be meeting for the first time on the tvN daily drama "Glass Mask".

Seo Woo is going to misunderstand Park Jin-woo as a thief and they are going to fall on top of each other while climbing a wall and kiss.

At the press releasing event of the drama, Seo Woo said, "It was very awkward at first since the kiss came so early but Jin-woo led me very well".

Meanwhile, "Glass Mask" is about a woman's survival and revenge in a life where she had to live as a murderer's daughter.