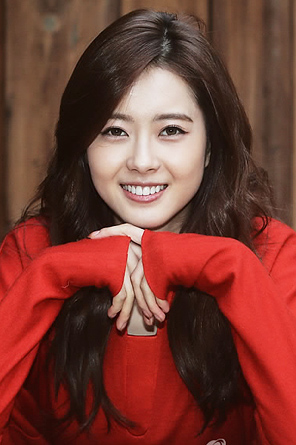 Actress Go Ara, who plays the female protagonist in the movies "Pacemaker" and "Papa - Movie", is only twenty two years old, but she has already appeared in nine dramas and movies up to now. She has grown up as a mature woman like the character who becomes attracted by internal beauty rather than outward appearance in the movie "Pacemaker" from a teenage girl who has her pulse quickened by a handsome boy in the drama "Sharp 1". The child actress in "Sharp 1", Go Ara, came back as a mature actress. She will appear in "Pacemaker", which was released on January 18, and in "Papa - Movie", which will be released on February 2. Considering the fact that her appearance in "Pacemaker" was her debut movie in Korea, it is unprecedented for her to appear in two movies in a row. But her acting in the movie looks very comfortable, unlike a rookie actress. She successfully presented the role of a beautiful pole jumper in "Pacemaker" and a child head of family who leads six brothers and sisters in "Papa - Movie". She came to a café in Samcheongdong to give an interview about her two different movies.

Go Ara said, "I have always wanted to appear in a movie, and I thought that this was it when I first looked at the script. I was crying while reading it. I could see similarities between me and Ji Won, who is a pole jumper, so I decided to play her". But playing the pole jumper was not easy. She had to carry heavy poles from five kilograms to eight to ten kilograms. Due to strenuous exercise for several hours a day, she had to suffer from muscle pain. She voluntarily gained five kilograms to present the healthy appearance of an athlete. She spent almost six months while training and she has come to have noticeable biceps and triceps on her arms. Go Ara gradually became Ji Won in the movie. She said, "There are many similarities between me and Ji Won. Ji Won began the pole jump as she liked exercise, but she received attention after appearing in a TV commercial thanks to her beautiful appearance. I began acting because I liked acting, but I also received attention after appearing in a TV commercial thanks to my appearance rather than my acting ability". She had to go through many difficulties while filming the movie, but she could confirm her dream as an actor. Go Ara decided to become an excellent actor like Man Ho (Kim Myung-min) in the movie who keeps running the track alone at midnight to compete in marathon race. In addition, she also decided to become a modest actor like Ahn Sung-ki and Kim Myung-min, who always takes care of the staff members on the film set. 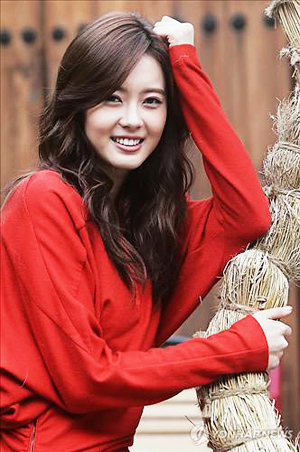 Right after Go Ara finished filming the "Pacemaker", she went to the USA to film the movie "Papa - Movie" directed by Han Ji-seung. The filming environment was completely different from that of "Pacemaker". There were only vast plains and thick forests near Atlanta. She said, "There were only trees here and there, and I had to spend time with my colleagues all the time from morning until night. I was supposed to only focus on the character June in that environment, and it was actually a very good environment for me to focus solely on my acting (laugh)". Go Ara plays June, who challenges herself to appear in the audition as the eldest daughter of her father and manager Chun Seob (Park Yong-woo), and she presents splendid dancing and singing in the movie. Ko said, "I learned dancing and singing as well as playing the guitar. I feel sad that there was no scene in which I play a guitar because I practiced playing a guitar day and night". Her English sounds amazing. She had to speak almost one-third of her script in English, and her conversation with native speakers in English sounds very natural. She said, "I have studied English from the time I went to Kindergarten, so the pronunciation was not difficult. But speaking with a correct intonation with exact enunciation was very tough. I studied English very hard ever since I came to America to film this movie and I think that it was very helpful". 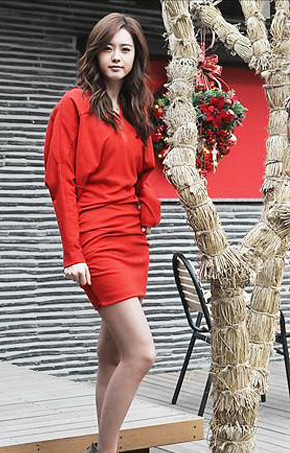 Go Ara became a star child actor with her appearance in the KBS TV drama "Sharp 1" in 2003 and she appeared in the second season of "Sharp 1" again as a female protagonist. And she advanced overseas by appearing in the Japanese movie "The Blue Wolf" directed by Haruki Kadokawa in 2006 through a competition with 40,000 to 1 odds to be cast. Thanks to her excellent ability to speak the Japanese language, she appeared in the movie "Subaru" in 2009. She has appeared in nine works up to now and she played the protagonist seven times in those works. Asked whether she played only important roles up to now, she answered, "It just happens without noticing. But I can understand that I could have good experiences from those opportunities". Asked whether there was any turning point in her life, she answered, "When I appeared in the drama 'Who Are You - Drama' with the actor Yoon Kye-sang, I talked about many things about being actor with the director Byeon Young Ju and the senior actor Yoon Kye-sang. Even though I did not notice at that time, I think that the conversation with them helped me in ways to choose works to appear in after that". Go Ara has shown her various talents in dancing, singing, and foreign languages up to now. Asked whether she is ready for any challenge, she answered, "I think that life is a series of challenges. I have to prepare more to challenge myself again. My life is focusing on studying acting. I want to study more. Now I am choosing the next work to appear in between a drama and a movie".