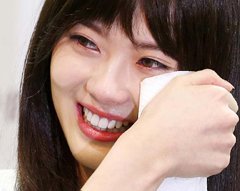 Actress Go Ara was appointed a promotional ambassador for Good Neighbors, an international humanitarian and development non-governmental organization, at an event held at its headquarters in Yongsan, Seoul on Thursday.

While talking about her volunteer work, Go burst into tears at the memory of the children she encountered in Rwanda in September. Go took care of two kids, one of whom had a large tumor on his face, while the other could barely walk due to a parasitic infection.

The actress has been working to help African children by appearing in an advertisement to raise awareness of their poor living conditions. In May, she took part in a program to help abused children in Korea.