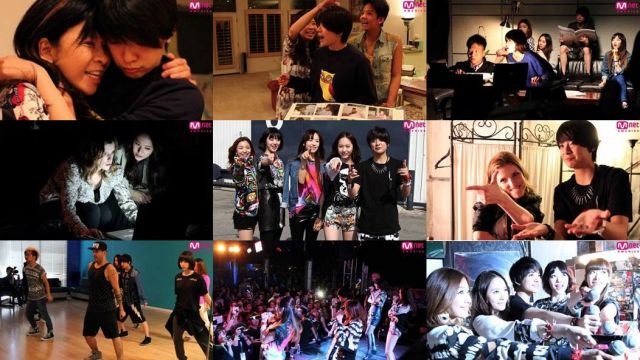 Mnet America has just released an original documentary Go! f(x), which follows KCON 2013 artist, f(x), when they came to the United States earlier this year to perform at SXSW and prepare for their comeback (Rum Pum Pum Pum) in LA. The entire documentary can be viewed on Mnetamerica.com, through Mnet America's YouTube page or when Go! f(x) makes its television premiere on July 31 at 7pm ET/PT.

Go! f(x) is an hour-long documentary following the K-Pop band f(x) as they spend a week in the States. The girls of f(x) head to Austin, Texas to attend the biggest music festival in America, SXSW! Join Victoria, Amber, Sulli, Luna and Krystal as they take over Austin. Then it's time to go back to the basics! They head to Los Angeles to get ready for their long awaited comeback. They also get to spend some quality time with their friends and loved ones. Check out the amazing week that the girls spent in the U.S!

To watch online please go to Mnetamerica.com or on Mnet America's YouTube channel (below):

"Go! f(x) - Mnet America Releases Original Documentary"
by HanCinema is licensed under a Creative Commons Attribution-Share Alike 3.0 Unported License.
Based on a work from this source