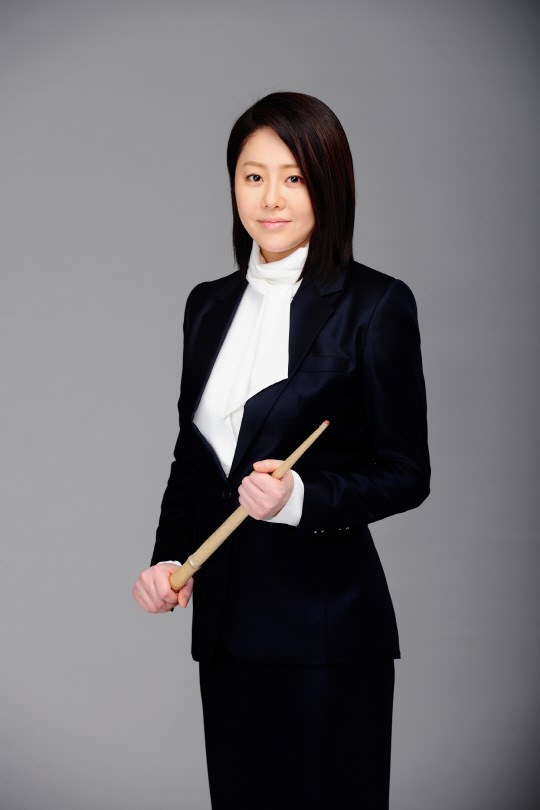 Go Hyun-jung was a queen, a president and now a teacher.

MBC drama "The Queen's Classroom" revealed official pictures. Go Hyun-jung takes on the role of Ma Yeo-jin the teacher. Her cold eyes and smile put on a different atmosphere from the usual teacher image. Her slick hair, black suit and black shoes earns her the name 'witch', 'gumiho' and 'psychopath'.

"The Queen's Classroom" is about the events that happen between teacher Ma Yeo-jin and her class grade 6-3. She is fatally realistic and sharp. She becomes the authority of an unjust society and doesn't fear threats and hypo criticism instead of protecting her children.

However, the class of 6-3 counters with her no matter what. They betray each other and reunite with each other, realizing what's real on the way. The set up of this drama is very different from the usual concept of teachers comforting their students with love.

The process of Ma Yeo-jin creating a high wall between her and her kids and the kids who don't want to lose to her will eventually bring inspiration.

To be aired in June. 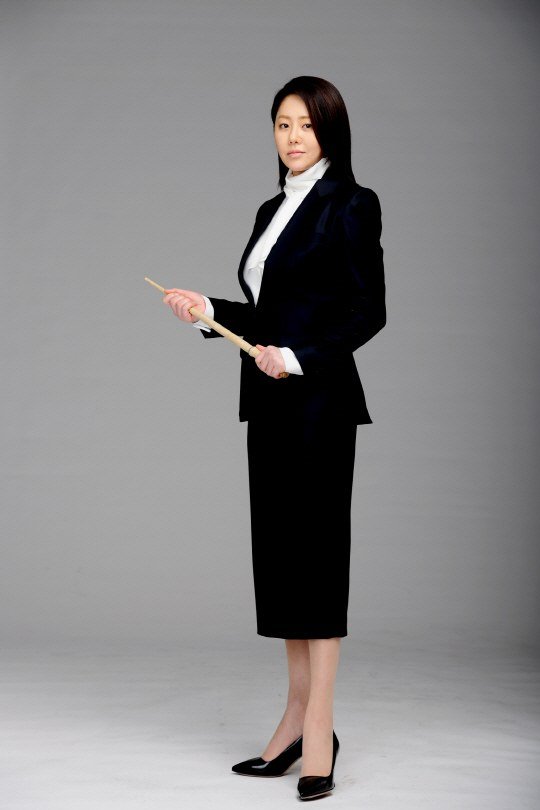 "Go Hyun-jung, a powerful and charismatic teacher"
by HanCinema is licensed under a Creative Commons Attribution-Share Alike 3.0 Unported License.
Based on a work from this source