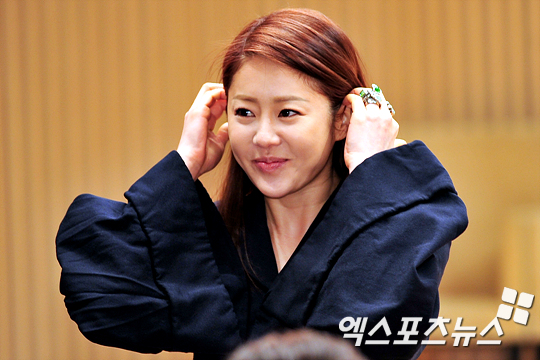 "Dear My Friends" will depict the life story of the ones in their twilight years, who raise their voices as "It's not over. We're still alive". Writer Noh Hee-kyeong, well-known for her sophisticated and heavy writing style, and director Hong Jong-chan of "My Secret Hotel" have joined to create the drama together. The drama will depict the cheerful and realistic stories of the urban senior citizens, which is a rare topic dealt in Korean dramas, as well as the harmonized friendship between them and young people around them.

The actors and actresses, whose names alone will excite the potential viewers, have joined the drama. First of all, the center of the drama, the senior citizens young at their hearts include the dramatic actors and actresses, Kim Young-ok, Kim Ji-yeong, Kim Hye-ja, Na Moon-hee, Joo Hyun, Park Won-sook, and Go Doo-shim.

Also Youn Yuh-jung, who always makes sure her screen presence felt so strong, is discussing the details in order to star in the drama. By the fact that the legendary A-list actors have joined in one place, it is anticipated the drama will be recorded as a sensational event in the broadcasting history.

Among all these pleasant surprises, the news about Go Hyun-jung's comeback in three years since 'The Queen's Classroom', 2013 is drawing most attention. It's becoming a hot topic how she will present a new unforeseen side of hers in this new drama while she has been surprising drama fans with her exceptional acting performances and each character of hers in all of her dramas so far.

Jo In-sung, Sung Dong-il, and Lee Kwang-soo also will make special appearances for significant roles in the drama. The three actors accepted the roles based on their strong trust towards writer Noh Hee-kyeong.

While the unprecedented super brilliant cast in the drama is garnering attention, the drama is slated to begin sometime in May next year.

"Go Hyun-jung, Go Doo-shim and Shin Sung-woo to star in writer Noh Hee-kyeong's new drama 'Dear My Friends', with Jo In-sung to make special appearance"
by HanCinema is licensed under a Creative Commons Attribution-Share Alike 3.0 Unported License.
Based on a work from this source