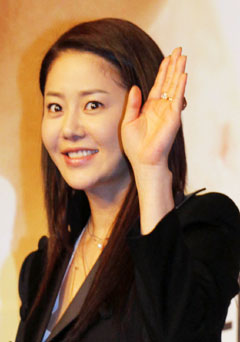 The W55 million Ko was paid is three times the ceiling of W15 million per episode set by the Corea Drama Production Association back in 2007. But CODA left 13 so-called Korean Wave stars -- Bae Yong-joon, Jang Dong-gun, Lee Byung-hun, Song Seung-heon, Rain, Jung Woo-sung, kwon Sang-woo, Won Bin, So Ji-sub, Choi Ji-woo, Lee Young-ae, Song Hye-kyo and Park Yong-ha -- as exceptions because their shows are so successful abroad as to justify an extra incentive. Ko, however, did not fall under the category.

There have been persistent complaints that stars are paid too much, forcing producers to opt for safe formulas and skimp on other expenses. According to one report in 2008, Song Seung-heon was paid W70 million per episode of "East of Eden", while kwon Sang-woo and Park Shin-yang received W50 million per episode of "Bad Love" and "The Painter of Wind", respectively. The all-time record is held by Bae Yong-joon, who was paid W250 million per episode of "Taewangsasingi" ("The Legend" - "The Four Guardian Gods of the King") on MBC, including additional pay based on ratings and overseas sales.

"Go Hyun-jung Sets New Soap Opera Earnings Record"
by HanCinema is licensed under a Creative Commons Attribution-Share Alike 3.0 Unported License.
Based on a work from this source