Go Hyun-jung to meet with fans on June 13 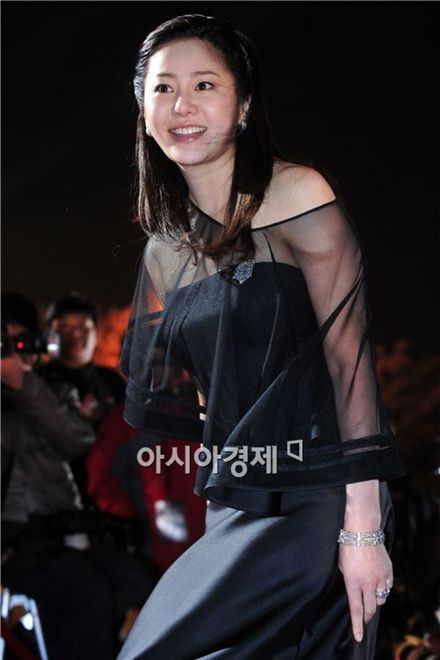 Korean actress Go Hyun-jung will hold her first-ever fan meeting on June 13, according to her agency on Tuesday.

"This will be the first official fan meeting for the actress who made her debut 21 years ago. The event will be held at the CGV Art Hall located at the Times Square shopping center in Yeongdeungpo", an official at DE CHOCOLATE E&TF explained to Asia Economic Daily over the phone.

"Ko has planned various special events for her fans and other celebrities will make special guest appearances", the rep went on to say.

Ko, who started out in the entertainment industry as a former Miss Korea runner-up in 1989, rose to stardom after starring in 1995 smash hit TV series "Sandglass".

She became one of the most sought-after actresses thereafter but had put the breaks on her acting career till 2005 while she was married to Samsung Group Chairman Lee Kun-hee's nephew Chung Yong-jin. The two split in 2003.

Ko regained her reputation as Korea's top actress last year after playing a royal concubine in MBC historical TV series "Queen Seon-deok" which reached ratings of over 40 percent and won her the award for best actress at the broadcaster's drama awards.

She is scheduled to star in a upcoming drama tentatively titled "Big Thing" ("Daemul - Big Thing") alongside Hallyu star kwon Sang-woo set to air in the latter half of the year.