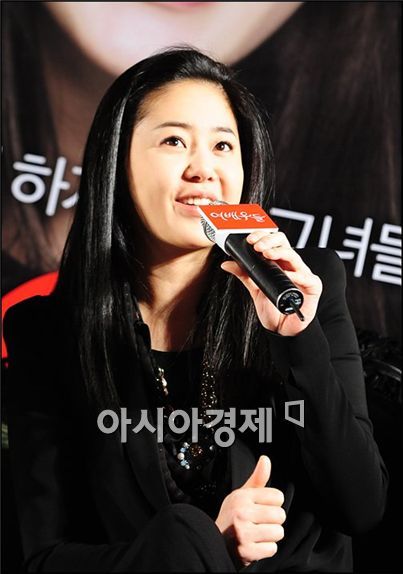 Actress Go Hyun-jung, who played a charismatic royal concubine in smash hit TV series "Queen Seon-deok", will expand her grasp on such realm of acting by taking on the role of Korea's first female president in a new MBC drama.

An official at Ko's agency told Asia Economic Daily over the phone Wednesday that the 38-year-old actor has decided to take on the lead role in "Daemul" ("Daemul - Big Thing"), a drama adaptation of the comic book of the same name by famed cartoonist Park In-gwon.

Major broadcaster SBS had originally been set to air the drama in July last year but production halted when Ko, who had also at the time been tapped to play the same role, got involved in a lawsuit with the drama's producer Lee Kim Productions over a conflict regarding her appearance in "Queen Seon-deok".

Ko reportedly resolved her dispute with the production company and rejoined the cast of the drama now set to air on MBC.

She resumed her acting career in 2005 after getting a divorce and fully regained her reputation as Korea's top actress this year, receiving the award for best actress at this year's MBC Drama Awards for her role in "Queen Seon-deok".

"Go Hyun-jung to turn 1st female president in new drama"
by HanCinema is licensed under a Creative Commons Attribution-Share Alike 3.0 Unported License.
Based on a work from this source