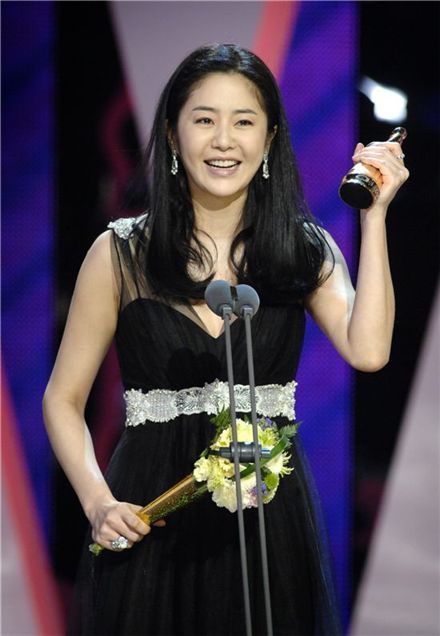 Ko, who won rave reviews for her portrayal of royal concubine Mi-shil in historical drama "Queen Seon-deok", won the year's top crown while many of her co-stars also collected their share of awards.

"I believe there was a moment when Mi-shil really came to life [during the show]", said Ko in her acceptance speech. "I was very nervous because I had never done a traditional drama before, but thank you for giving me the opportunity to wear a dress like this". The actress got teary and emotional when she added, " I hope my kids are watching this... "

"Queen Seon-deok" -- which was also voted Drama of the Year -- was handed a total of 12 awards, winning the count over another hit drama "My Wife is a Superwoman", which won 7 in total. Writers of both dramas were awarded Writer of the Year at the event.

"I think I was able to win this Best Couple award because I met a great character called Bidam", actress Lee Yo-won said in her acceptance speech. "I would like thank the viewers who loved Deok-man and Bidam".

Kim Nam-gil shared his sentiments as well. "I was a bit disappointed because we didn't get a happy ending for the drama", said Kim in his speech. "I was very angry with the writer but I'm glad we got a happy ending to our romance with this award. Thank you to all the viewers".

"Go Hyun-jung wins grand prize at MBC Acting Awards"
by HanCinema is licensed under a Creative Commons Attribution-Share Alike 3.0 Unported License.
Based on a work from this source