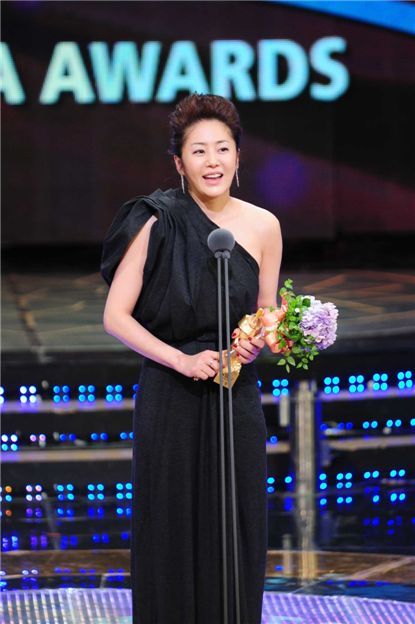 At the SBS Drama Awards held at the SBS Open Hall on Friday, Ko was awarded the top acting honor for her role in "Daemul - Big Thing" in which she played Seo Hae-rim, about one woman's rise to become the first female president in the country.

"I want to thank and send out my love to the audience for watching the show and I will now step out of my character [as the Persident] and work hard in becoming a better actress. Happy New Year and thank you so much", said Ko in her acceptance speech.

"Go Hyun-jung wins grand prize at SBS Drama Awards "
by HanCinema is licensed under a Creative Commons Attribution-Share Alike 3.0 Unported License.
Based on a work from this source