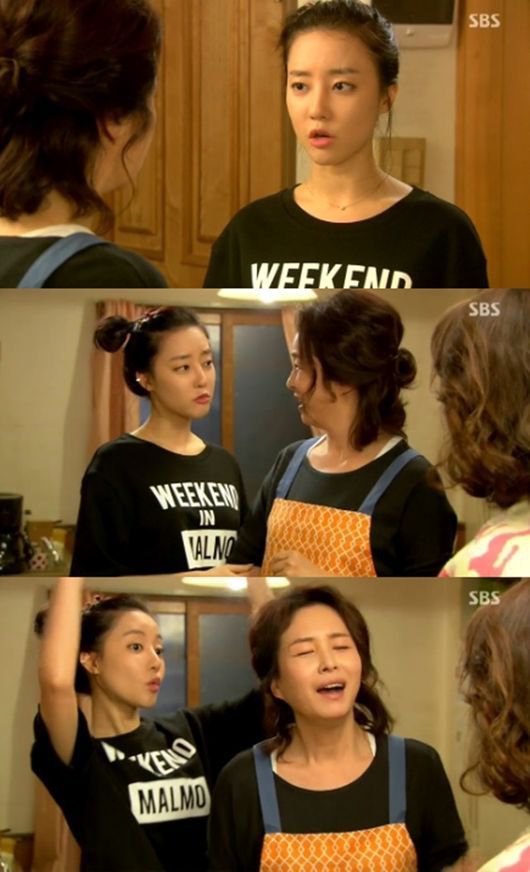 She starred in movies, "Heartbeat", "You Pet" and others, but this is her first traditional drama. She built her career in "I Need a Fairy" and "Couple Clinic - Love and War Season 2".

She takes on the role of perfect daughter Han Da-in who is pretty and smart. She's the kind who has to do what she has to do and she's pretty enough to get the attention of any guy.

One day, Jeong Da-in an Han Song-jeong (Kim Mi-sook) tricked the landlord. The landlord asked them to move out and Da-in put her soul into saying, "Mom, let's go somewhere else".

Koh Woo-ri was the perfect stuck-up child in this scene but then soon turned into a cute, mommy's girl. It was impressive to see how she made the change so quickly. Everyone now has their eyes on idol singer Koh Woo-ri.

Meanwhile, "Good Day" is a story about a mother and her three daughters; produced by Hong Seong-chang and written by Moon Hee-jeong. This drama can be seen every Saturday and Sunday at 8:45PM.

"Koh Woo-ri in drama "Good Day""
by HanCinema is licensed under a Creative Commons Attribution-Share Alike 3.0 Unported License.
Based on a work from this source