Go Soo: 'I Want to Express My Various Emotions' 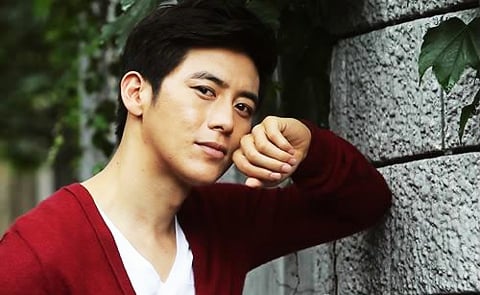 Actor Go Soo, who usually has a smiling face, has an image of a diligent man, but he has begun to change since 2008 when he completed his military obligation. He appeared in the theater work entitled "Returned President Um", which was directed by Park Geun Young, and he played a gloomy character named Yo Han, who has experienced many ups and downs in his life. He has also played a character with a bad memory of the past in the movie "White Night", in which he and actress Son Ye-jin appeared together. His acting in "White Night" was quite different from his bright and fresh image that he had shown up to then. In the movie "The Front Line", which will be released on July 20, he will present another change in his acting. He plays a lieutenant named Kim Soo Hyuk, who has both good and evil sides in his mind and has become crazy during the war.

On July 12 in the middle of the rainy season, he came for an interview held at a cafe located in Sam Cheong-dong to talk about the story of his transformation. Go Soo said, "After I was discharged from the military, I was very eager to appearing on the theater stage, and I wanted to fulfill this desire of experiencing many things that I really wanted to do and that I really wanted to see. Even before I joined the army, I appeared in many drama movies, but "White Night" was different. It was also a drama, but the story was very sad and the artistic expression was very strong. It was totally new to me to express complicated feelings with only a few lines". He has challenged himself by constantly appearing in new works. He has come to have thoughts of "I have to change" and "I have to present something different in my acting each time". He said, "I had tried to memorize my lines and imitate rather than act in my twenties, but I wanted to present perfect acting after my military discharge". So he tried many new genres of works such as theater work, dramas, and movies without any discrimination. When he felt a huge desire for acting, he received a casting offer for "The Front Line", which is a blockbuster war movie with 10 billion won funding about the Korean war. The delicate script had caught his attention. He felt pressure about appearing in this blockbuster movie as a protagonist, but he had already been enraptured by the character Soo-hyeon so much that he even said, "I could not imagine any other actor playing Soo-hyeon". Go Soo said, "I worried whether I could play the character, and I felt pressure at the same time. But I really wanted to play the character Soo-hyeon". 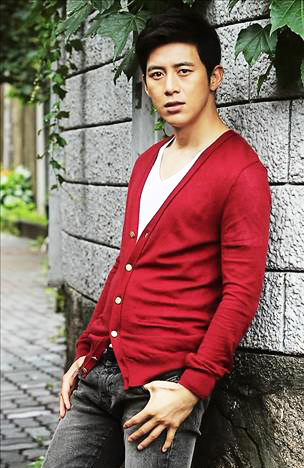 "The Front Line" tells the story of soldiers from South and North Korea who kept engaging in battles on the front line during the Korean war right before the war ends. On the front line, where life and death are mingled, South Korean and North Korean soldiers have endless battles and they come to laugh at ideology and become more accustomed to the violence of war. To film a vivid battle scene on the front line, various special equipment was utilized and the cost for filming the movie was relatively huge. Thanks to those efforts, the battle scenes were perfectly reproduced in the movie. Go Soo had to run across a high mountain while carrying a 4.5 kilogram rifle while filming the movie, and he has injured all over his body as time goes on. Go Soo said, "I had to run and crawl. I desperately filmed this movie. I was injured many times, but actually every staff member had difficulties while filming the movie. I could not say that it was too tough. Filming this movie was the most difficult for me physically. During filming, I regretted many times that I had chosen this movie. I thought that I had to be more careful when choosing works in which to appear (laugh)".

Besides the physical difficulties, he also had to endure mental difficulties. He said, "I used to show emotional acting before, but I came to have more interest in rational acting. Playing Soo Hyuk technically, like controlling breathing and facial expressions, was not that difficult, but controlling emotions was too difficult for me". Despite those difficulties, he said that he could learn many things while filming "The Front Line", and he continuously wanted to learn more from now on. Go Soo revealed, "From one moment, I came to be attracted to acting and feel excited while acting. It is like showing a part of me through the work of acting. There are many things inside me and I want to present my various emotions while acting and broaden the scope of my acting as an actor".

"Go Soo: 'I Want to Express My Various Emotions'"
by HanCinema is licensed under a Creative Commons Attribution-Share Alike 3.0 Unported License.
Based on a work from this source