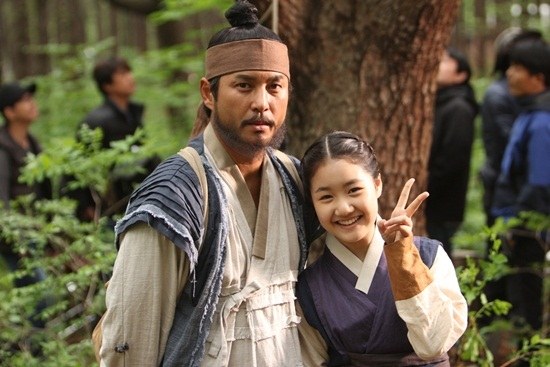 Lee Jong-won and Jin Ji-hee took a picture together on the 31st.

Lee Jong-won is looking at the camera with his unique charisma and Jin Ji-hee is smiling widely towards the camera with a 'V' in her hand. The way they seem so close make them look like father and daughter and those who look at them feel good on the inside.

Actor Lee Jong-won showed a whole new side of himself in the MBC TV program "Dancing With the Stars" and takes on the role of Yoo Eul-dam in this drama. Jin Ji-hee is his daughter Jeong-i.

Meanwhile, "Goddess Of Fire Jeongi" is about the first female potter in the Chosun Times and will be aired in July after "Gu Family Book".

""Goddess Of Fire Jeongi" Lee Jong-won and Jin Ji-hee"
by HanCinema is licensed under a Creative Commons Attribution-Share Alike 3.0 Unported License.
Based on a work from this source