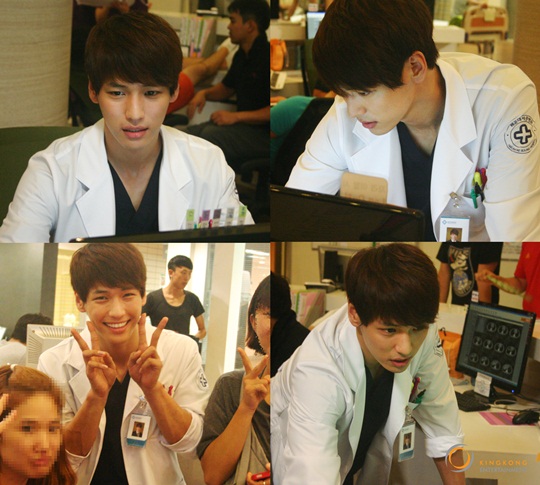 Rookie actor Ji Il-joo is sweeping away women with his smiling eyes.

Taking on the role of handsome doctor Yoo Kang-jin in the MBC drama "Golden Time", Joo is sexy underneath the doctor gown and was seen behind the scenes.

In the picture revealed, Ji is checking himself out through the computer screen and is completely possessed by the character of Yoo Kang-jin. His seriousness while checking his results in his surgical uniform is seen as sexy.

In another picture is of him smiling with the staff on site and smiling with his eyes pulsing endorphins into the atmosphere.

Netizens comment that he's so sexy or lovable and so attractive.

""Golden Time" suck up king Ji Il-joo "
by HanCinema is licensed under a Creative Commons Attribution-Share Alike 3.0 Unported License.
Based on a work from this source