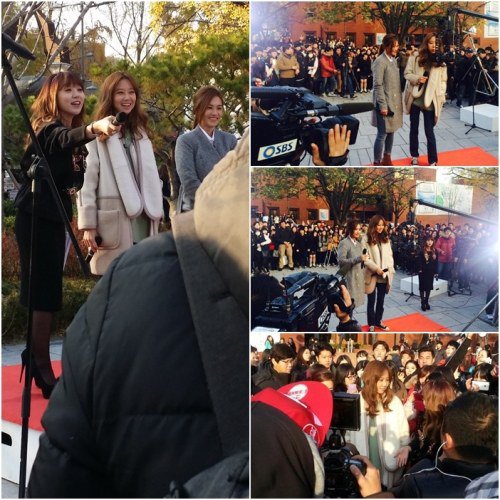 Pictures taken on the spot were posted online and on various SNS.

They had appeared on the streets of Daehakro for an interview with a media. Gong Hyo-jin and Kang Hye-jung met with their fans prior to their performance coming up soon. The streets were immobilized by fans who were trying to take pictures and videos of the actresses.

"Educating Rita" starring Gong Hyo-jin and Kang Hye-jung will be held at the DCF Vivaldi Park Hall from the 3rd of December to the 1st of February.

"Gong Hyo-jin and Kang Hye-jung's appearance immobilizes Daehakro"
by HanCinema is licensed under a Creative Commons Attribution-Share Alike 3.0 Unported License.
Based on a work from this source