Gong Hyo-jin, "Both the Film and Drama Are Romance, I Hope at Least One Succeeds" 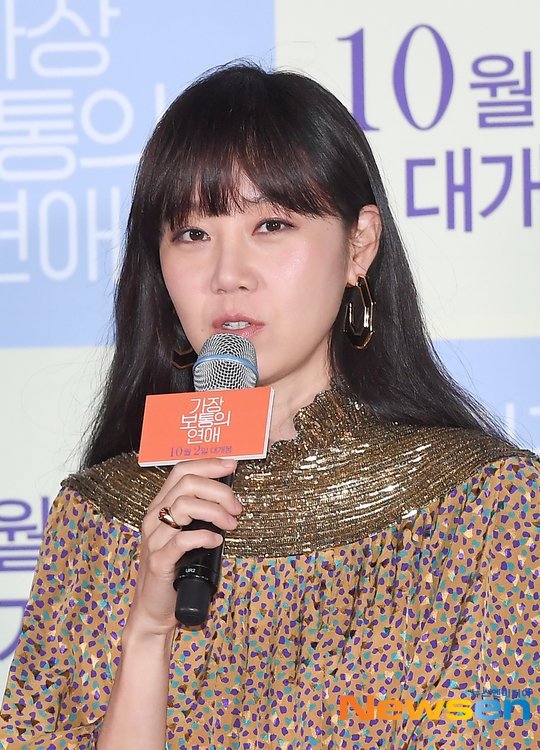 Gong Hyo-jin hopes both her movie and drama to be successful.

Gong Hyo-jin appeared at the press premiere of "Crazy Romance" on the 24th and mentioned both her movie and drama ("When the Camellia Blooms").

She started off by saying they are both coming out at once. "I have very different roles in both of them so I'm not sure if that's a good thing or a bad thing. I just hope at least one of them succeeds".

"My friends say it's harvest time for me. I had my rough times in the winter and in the summer, so now I'm waiting for harvest in the fall. They told me they have a good feeling about this and I decided to take that in with a good heart".

"I have a good feeling about this. I hope it's an advantage and I try not to worry".

Meanwhile, "Crazy Romance" is a romantic story between Jae-hoon (Kim Rae-won) and Seon-yeong (Gong Hyo-jin) who have both been stabbed in the back by their exes. The movie comes out on the 2nd of October.

"Gong Hyo-jin, "Both the Film and Drama Are Romance, I Hope at Least One Succeeds""
by HanCinema is licensed under a Creative Commons Attribution-Share Alike 3.0 Unported License.
Based on a work from this source